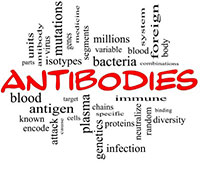 If you are like most people, you believe that your genes have predetermined just about everything about you. As you look in the mirror each morning perhaps you see your mother's eyes or your father's smile. You may also be convinced that your genes have already predetermined the illnesses you are destined to suffer. In her book, Living Downstream, Dr. Sandra Steingraber describes her health challenges in living with bladder cancer. Because her mother, uncle and grandfather had all died of various forms of cancer, many people who knew Sandra assumed that she had inherited cancer genes. They were not aware that Sandra had been adopted. Her cancer, she believed, was caused by exposure to environmental pollution as a child. This reminds us of the fundamental truth where supposed genetic predispositions are concerned: external conditions-the circumstances to which your genes are exposed-contribute either to maximum wellness or to disease, accelerated aging and premature death.

I live and work in Tucson. Some time ago I opened our daily paper, "The Citizen," and read the story of Vernon White, who served in Vietnam in the late 1960s. Along with tens of thousands of other soldiers, Vern was doused with Agent Orange, the infamous and highly toxic herbicide used to clear ground cover in the dense jungle. According to the Department of Defense, as many as 19 million gallons of Agent Orange were dumped on Vietnam. Our government admits that the toxin is responsible for the terminal lung cancer from which Vern suffers. His exposure to Agent Orange injured his genes beyond their ability to repair themselves and cancer was the result. Agent Orange has been proved to be the cause of at least 10 other types of fatal cancers in the same way-by ruining good genes.

If you think that we are programmed in advance by our genes to have cancer or not, the sad story of Vernon White shows that this is not always the case. He had excellent genes until Agent Orange came along. The Stockholm Study augments this knowledge. In that research study, over one thousand identical twins were observed for many years. At the end of that time it was noted that there was no correlation between the illnesses the twins developed. One of a pair might have developed heart disease, the other cancer.

Many people are not aware of this type of work, however. A past survey conducted by the American Institute of Cancer Research highlights this point. Eighty-six percent of people in the survey thought that genes cause cancer. According to leading researchers, however, only about 10 to 15 percent of cancers are genetic in origin; the rest are caused by a combination of environmental and lifestyle factors.

The food you eat is among the most significant factors affecting your genes and pushing them toward cancer by causing mutation or disruption in their function. That is, what you eat can either prevent cancer and other chronic illnesses or help cause them.

Consider the following: Imagine that you are sitting in a lecture hall where I am at the podium discussing food as medicine. During the course of the lecture I announce that I have a guest outside the room. I describe him as a 55-year-old man who works 12 hours a day, eats junk food, smokes two packs of cigarettes a day, drinks alcohol to excess, does not exercise, practices no stress management techniques and has no social support system or genuine faith.

Do you anticipate seeing someone who looks younger or older than his chronological years? You would guess that he would look older and you would almost certainly be right.

Before he comes out, I announce the presence of another 55-year-old. This one is happy with his life. He wakes up every morning and as he says, "I shake hands with God." He eats well, following a primarily vegetarian diet with some fish; he loves organic produce, does not smoke or drink and plays tennis four times a week, after which he lifts weights. He is very content with his family and has a strong and genuine spiritual life. How old do you imagine he would look? Younger than his years, correct?

Finally, both men come out of hiding and both your guesses prove to be right. The first man looks 70 and the second looks 45. There is a quarter of a century difference between them, judging by looks alone. The first man has done everything he could to push his genes to express themselves in a negative way, while the second has encouraged his genes toward the expression of optimal well-being. They have had a choice-a say in what their genes would and would not do. The same choice now faces you.

Because you eat so often, your food is the single most important way to maintain your genetic integrity or to destroy it. Many excellent scientific studies underscore this vitally important truth. Richard Weindruch, Ph.D., has conducted research into how genes are affected by dietary change. The results were published in Scientific American in 1996. His paper, "Nutrient Modulation of Gene Expression," illustrates that simply by reducing the number of total calories eaten, the life span of a lab mouse could be prolonged by 30 percent. In human terms, that would translate into extending the predicted life span from an average of 76 years to a ripe old 93. You would be very satisfied with that life expectancy, wouldn't you? I'd gladly settle in advance for 90-some good years.

There are 6,347 genes in the typical lab rat. Dr. Weindruch discovered that during normal aging, when the animal was permitted to eat as much as it desired, five percent of the rat's genes underwent an increase in activity and five percent decreased. Ninety percent of the rat's genes showed no change in activity levels. Are you surprised to learn that the five percent that rose in activity were stress genes and the five percent that fell were energy genes? This is similar to what I see in patients who are aging prematurely. They are fatigued, depressed and stressed. They describe having chronic pain, arthritis, memory loss and weak immune systems. Some are recovering from cancer. Unfortunately, until I ask, they have rarely thought about how diet may have caused many of their symptoms.

The rats in Dr. Weindruch's study that ate all they wanted experienced more stress and less energy. The opposite was true among the rats that ate less. They maintained their youthful biochemistry even as they aged. Their fur was shiny, they were sexually active and they did not have arthritis, cancer or memory loss.

Perhaps you are not interested in being able to run a maze at age 60, but I know you would like to have as much energy as possible and you want to be active at every age and stage of life. Merely by cutting down on your total calories and eating better foods, you can send positive signals to your genes, thereby increasing your chances for a long, robust life.

Other researchers, most notably Roy Walford, M.D., a retired professor of pathology at UCLA, have conducted similar research on larger animals, such as monkeys and even humans. The results were similar. Walford's research showed that theoretically a person can live for approximately 120 years without a severe decline in quality of life. His research in the famous Biosphere I experiment, which took place about 50 miles from my desert home, also showed that eating a low-calorie diet decreased the activity of cholesterol genes and thus reduced fats in the blood that are associated with heart disease.

As a doctor specializing in brain longevity, I can tell you that Dr. Walford's research also has very important implications for cognitive function. Eating well modulates the genes that regulate the production, as well as the quality and quantity, of the important brain chemicals known as neurotransmitters, such as serotonin and dopamine. As a result, you can eat to prevent or reverse memory loss and influence mood. Using food as an anti-aging medicine helps your brain to keep regenerating for as long as you live. I have seen this many times in my clinical practice.

Dr. Walford and his life extension enthusiasts eat approximately 1,500 to 2,000 calories a day. This is less than most men are used to eating-but then again, in the United States we eat too much. This is quite obvious to me when I travel to Europe or Asia, where the portions at mealtime are much smaller than those we serve here and as a result, the level of obesity is low. I recently saw a picture of Dr. Walford and at 75 he looks at least 20 years younger. He's very active physically, jogging every day. Intellectually, too, he is active, busily writing and speaking in public about his work.

The key to the Walford plan is what he calls "undernutrition without malnutrition." This means being able to lower your caloric intake comfortably without sacrificing nutrient density or the positive messages that your food sends to your genes.

All the research on caloric restriction points out that you are constantly speaking to your genes and the words are the food you eat. On the surface of all your cells there are receptors or chemical and vibrational handles. These receptors are attuned to the energetic intelligence pervading their environment-your body. Moment to moment your body is buzzing with signals of peace or stress. These signals can be vibrational, chemical, nutritional or hormonal. Regardless of the form they take, they are transmitted as part of the vast intelligence network linking mind, body and spirit.

After a message is picked up by a cell's receptors, the machinery inside the cell responds by synthesizing certain chemicals called second messengers. These messengers then communicate with the nucleus in the center of the cell, where the genes are housed. These genes pick up the signal and based on the message received-peace or stress-they synthesize proteins, such as enzymes and other chemicals, like cytokines and leukotrienes, that are then sent out of the cell as messenger molecules. These new chemical messengers communicate with other cells all over your body. This is the basis of the science of intercellular communication, the optimal functioning of which is crucial to total health and longevity.

Dharma Singh Khalsa, M.D. was born in Ohio and was raised in Florida. Since 1993, he has been the President and Medical Director of the Alzheimer's Research and Prevention Foundation in Tucson, Arizona, the original voice in the integrative or holistic medical approach to the prevention and treatment of memory loss. The ARPF is dedicated to fighting Alzheimer's disease and finding a cure through research and prevention.