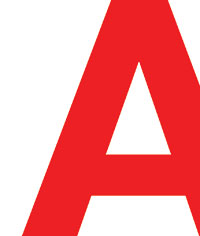 About 2.4 million Americans have been diagnosed with Alzheimer’s disease, and more are being diagnosed every day. Among people 65 and older, the rate of Alzheimer’s has gone up tenfold in the past few decades—and 24-fold among those under 65!

But here’s an even more disturbing fact. According to a new study, most people diagnosed with Alzheimer’s don’t even have it! Instead, they have other problems that were missed—and could have been treated if simply looked for!

Researchers in Hawaii autopsied the brains of 426 Japanese- American men who died at an average age of 87: 211 of them had been diagnosed with dementia when they were alive, usually from Alzheimer’s disease. (Sixty to 80 percent of cases of dementia are diagnosed as Alzheimer’s. Most other cases are diagnosed as vascular dementia, caused by poor circulation to the brain and by strokes.)

Many Other Causes of Dementia

As I wrote in my recent book, Real Cause, Real Cure (Rodale, July 2011), dementia can have many different causes—and many of them are reversible.

Dementia can be caused by a vitamin deficiency, such as low levels of vitamin B12. It can be from a drug side effect. Or a symptom of depression. Hypothyroidism can cause it. So can head trauma from a fall. Even dehydration can cause dementia!

Why aren’t more older people receiving the correct diagnosis? Why are so many older folks erroneously labeled as having Alzheimer’s. The simple answer: non-holistic health care. When an older patient enters a doctor’s office with a little cloudiness of mind, the quick and easy solution is to diagnose Alzheimer’s and prescribe an anti-Alzheimer’s drug such as donepezil (Aricept). Those drugs are incredibly expensive—and incredibly useless. They don’t improve brain function, though they may slightly slow the progress of the disease. It takes one minute to write that prescription. But it takes about 30 to 60 minutes to conduct a proper medical evaluation that could detect the underlying and often reversible causes of dementia. Want to guess what most doctors do?

Natural Treatments for Improving Cognition
In my experience with patients, a thorough exam often finds that an older person with cognitive decline doesn’t have dementia. And even if they do, natural treatments can often dramatically improve their memory, mental state and everyday functioning.

Bottom line: if you or a family member has been diagnosed with Alzheimer’s disease, there’s a good chance the correct diagnosis is not Alzheimer’s. By getting a proper evaluation and the right treatment, many if not most people can be restored to healthy brain function.

Get vitamin B12 injections. A series of 15 shots over three months, if your B12 level is under 540 picograms per deciliter. Each shot should contain 1,000 to 5,000 micrograms of B12. If your B12 level is under 340, you should receive shots monthly for the rest of your life. Increase fish oil. Eat three to four servings a week of fatty fish such as salmon, tuna, herring or sardines, which supply DHA (docosahexaenoic acid). Without enough DHA, your brain can’t function normally. Or take daily omega-3 supplements.

Take CuraMed. This compound is the active ingredient in turmeric, the spice that gives curry its yellow color. In India, where turmeric is a dietary staple, Alzheimer’s is much less common. However, it’s hard for a typical American to eat enough turmeric to affect dementia.

Take baby aspirin. What a primary care physician often labels Alzheimer’s disease is vascular dementia, produced by a series of ministrokes (transient ischemic attacks, or TIAs). Suspect vascular dementia if the mental decline dropped rapidly in discrete steps, rather than gradually. A baby aspirin a day can improve circulation, decrease the risk of further strokes and improve brain function. Use an enteric-coated brand to protect your stomach.

Sleep more. Sleep protects and restores brain function, and studies show that people with poor sleep have four times the risk of developing dementia. For those diagnosed with dementia, I recommend a bedtime dose of 3 to 5 milligrams of melatonin, the sleep-inducing hormone.

Double-check your meds. It’s amazing how many people with “Alzheimer’s” recover normal mental function when they are weaned off unnecessary medications. Ask your doctor if he or she is willing to work with you to find out if any (or many) of your medications are contributing to the confusion. The best approach, if it’s safe: Your doctor tapers you off your medications, slowly reducing their dosages to see if the lower dose provides relief from any memory loss or mental difficulties.