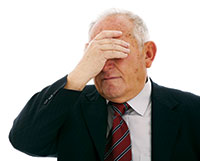 Phosphatidylserine (PS) is quite literally a “brain nutrient.” As a matter of fact, this phospholipid is an integral component in the structure of the brain and spinal cord, and is active at cell membranes (including synaptic membrane zones). A significant amount of published clinical research has demonstrated that PS supplementation supports various cognitive parameters in adults and in children.1

Age-related memory impairment
Kato-Kataoka et al2 conducted a double-blind, randomized controlled study to investigate the effects of PS on the cognitive functions of elderly Japanese subjects with memory complaints. Seventy-eight elderly people with mild cognitive impairment (50–69 years old) were randomly allocated to take PS (100 mg, 300 mg/day) or placebo for six months. In the subjects with relatively low score at baseline, the memory scores in PS treated groups were significantly increased against the baseline, while those of the placebo group remained unchanged. And the memory improvements in PS treated groups were mostly attributed to the increase in delayed verbal recall, a memory ability attenuated in the earliest stage of dementia.

In a double-blind, placebo controlled study, Gindin et al3 assessed the influence PS on memory and mood in patients aged 60–80 years old, and who had some non-dementia related memory difficulties. Seventy-two subjects, randomly assigned to placebo and therapy groups, were treated for three months with 300 mg, PS daily. Results showed a large and statistically significant positive influence of treatment on both memory and mood, whereas influence of placebo was small and non-significant. Components of memory and cognition that were most improved by the treatment included memorizing information, visual memory, and memorizing numbers. Mood was also influenced. Winter mood changes (“Winter Blues”) did develop in the placebo group but were entirely blocked in those treated with PS.

Cenacchi et al5 conducted a double-blind study to assess the therapeutic efficacy and the safety of oral treatment with PS versus placebo (300 mg/day for six months) in a group of 425 geriatric patients (age between 65 and 93 years) with cognitive impairment. Results were that statistically significant improvements in the PS treated group compared to placebo were observed both in behavioral and cognitive parameters. In addition, clinical evaluation and laboratory tests demonstrated that PS was well tolerated.

Alzheimer’s and other dementias
Engel et al6 treated 33 patients with early dementia of the Alzheimer type with either 300 mg/d of PS or a placebo in a double-blind cross-over design. The results were that significantly more patients improved with PS than placebo during the phase one of treatment. Also, although EEG mapping initially indicated that patients showed higher power values in frequency bands compared to a younger, healthy control group, supplementation with PS successfully reduced the higher power values shifting EEG power more towards the normal level.

A similar double-blind, randomized, controlled study (using the same dosage of PS) was conducted by Delwaide et al7 in 42 hospitalized patients with dementia. The results were Improvement and a significant treatment effect in the PS patients.

In a double-blind study with PS in Parkinsonian patients with dementia of the Alzheimer’s type (DAT), Funfgeld et al8 demonstrated that treatment with PS was able to influence cerebral changes contributing to the symptoms of DAT. Specifically, PS promoted the slowing of EEG in Parkinsonian patients with DAT. The researchers also indicated that Theta anteriorisation could be reduced or even abolished, and replaced by Alpha waves. A later study by Funfgeld (1996) demonstrated similar beneficial results in DAT patients treated with 500–700 mg of PS.

In a preliminary trial9 of 30 elderly patients with either multi-infarctual dementia (MID), senile dementia of Alzheimer type (DAT) or minor depression, 400 mg/day of PS was given orally for 60 days. Treatment with PS resulted in a significant decrease in the basal scores of the Gottfries-Brane-Steene subscales and Hamilton Depression Scale. Other biochemical parameters also improved. The authors concluded, ‘Collectively the results indicate that phosphatidylserine exerts an effective improvement in most of these patients with amelioration persisting after drug withdrawal.’

Children and ADHD
In a pilot study,10 15 attention-deficit hyperactivity disorder (ADHD) children 6–12 years old who had rarely received medication before, took 200 mg/day of PS in a capsule every day for two months. Results showed that after with PS, ADHD symptoms were significantly improved (p<0.01). Significant improvement was also observed in inattention (p<0.01) as well as hyperactivity and impulsiveness p<0.05). Visual perception was also significantly improved (p<0.001).

In a randomized, double-blind, placebo-controlled11 trial, thirty-six children with ADHD, aged 4–14 years, who had not previously received any drug treatment related to ADHD, received placebo (n = 17) or 200 mg day phosphatidylserine (PS) (n = 19) for two months. The results were that PS supplementation resulted in significant improvements in: ADHD (P < 0.01), AD (P < 0.01) and HD (P < 0.01), short-term auditory memory (P < 0.05), as well as inattention and impulsivity (P < 0.05). No significant differences were in the placebo group. PS was well-tolerated and showed no adverse effects.

In a physician in-office study12 of 21 consecutive ADHD cases aged 4–19, dietary supplementation with PS benefited greater than 90 percent of the cases. At intakes of 200–300 mg/day of PS for up to four months, attention and learning were most consistently improved. 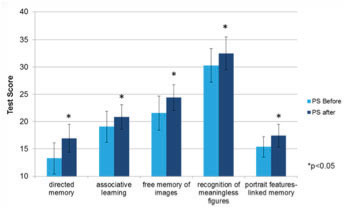 To research whether phosphatidylserine (PS) may have beneficial effects on memory in learning, 120 students (age 17–18) were randomized to receive either 100 mg of PS in a glass of milk or a placebo (milk without PS) for 40 days.13 Memory was assessed by clinical memory scale involving a computerized multimedia method (CM) before and after consumption of milk. Results showed that the PS group experienced significant improvement in memory quotation (MQ) and CM compared to the start of the study, and compared to the placebo group (P < 0.05). There was no significant change of MQ (memory quotation) and CM in placebo group. In conclusion, this study indicates that PS treatment improved cognitive performance in students.