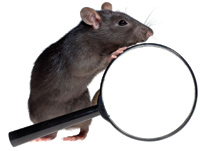 It’s so horrifying, it almost seems like some cruel joke. Imagine—the most widely prescribed anticoagulant in the United States was first developed to kill rats and mice. And it’s still used for that purpose today!

That’s right. The very thing you’re taking every day to keep your blood from clotting—to keep yourself healthy—deemed deadly enough to use as a pesticide.

Still, the truth remains—blood clots lead to some of the biggest killers of our time. Heart attacks, strokes, embolisms… the key to preventing them is keeping your blood smooth and flowing. Sometimes you can do that only by using an anticoagulant.

But there is a safe alternative to using the same stuff you buy to get rid of the mice in your attic. Derived from a food that’s been eaten for thousands of years, it’s so new it has yet to be distributed nationwide.

Heart attacks, strokes, embolisms—they all have the very same cause
When you’re completely healthy, your blood coagulates and clots normally. Clotting is necessary to prevent excess blood loss when you’re hurt. A protein called fibrin forms a “mesh” that becomes a clot over the wound site. These clots are broken down by an enzyme called plasmin in a process called fibrinolysis. It all ensures your blood keeps flowing freely.

There’s a delicate balance here that involves, among other things, a substance called plasminogen activator inhibitor-1 (PAI-1). Produced mainly by the cells lining your blood vessels (though also by fat tissue), PAI-1 inhibits plasminogen, disrupting fibrinolysis. Under normal circumstances, PAI-1 plays a valuable role in keeping your blood flowing. But if you have too much PAI-1, clots in your blood do not break down and the overall presence of clots is increased.

In the course of my research, I spoke to Raif Tawakol, M.D. He’s a heart surgeon with over 40 years of experience in clinical cardiovascular disease. As he rattled off a list of conditions that increase PAI-1 and thicken blood, I stopped him. “What doesn’t cause thickened blood?” I asked him. “Good question,” Dr. Tawakol replied. He summed it up with a joke: “Look at somebody cross-eyed and his blood thickens!” All jokes aside, thickened blood really is something that nearly everyone is at risk for. And there are some very serious consequences.

When clots accumulate, they cause blockage of blood flow to muscle tissue. If blood flow is blocked, the oxygen supply is cut off—meaning that tissue eventually dies.

If blood could be kept flowing, Dr. Tawakol told me, heart attacks wouldn't be nearly the killer they are now. Same with strokes—clots keep blood and oxygen from reaching the brain.

Then there's deep vein thrombosis (DVT)—clots that usually form in the legs and can move to the lungs, causing a pulmonary embolism. It develops as a result of prolonged sitting in cramped quarters, such as on a plane or in a car. By some estimates, as many as 100,000 airline passengers may die from complications associated with DVT every year.

There's also evidence suggesting that too much PAI-1 contributes to insulin resistance, leading to atherosclerosis, diabetes, and hypertension. Even more common ailments like stiff shoulder muscles and leg edema can be caused by insufficient circulation brought on by excess blood viscosity.

There are, of course, quite a few drugs out there you can take to keep your blood from clotting. But they don't come without a fair share of risks and side effects. Which is why I was eager to learn more about a brand-new supplement that will have your blood flowing clot-free.

Dissolve clots—without chewing on sticky gym socks
Plasmanex1. comes from a Japanese company called Daiwa Health Development. As they research potential supplements, the team at Daiwa tries to start with traditional Japanese foods. This time was no different.

Natto, the fermented soybean dish popular in Japan, is known for its strong smell and taste. It's been compared to stinky gym socks and strong cheese. When you stir it, it forms long spiderweb-like strands. It's an acquired taste, to say the least. But it's a food that has a reputation for maintaining healthy blood circulation.

Researchers at Daiwa soon discovered it isn't the natto itself, but the bacterium that ferments it that contains the good stuff. So they developed the main ingredient in Plasmanex1—BFPB, a purified extract of that bacterium, Bacillus subtilis natto.

The extract is cultured in liquid containing soybean components. Then it is freeze-dried and powdered. The resulting powder contains the enzyme that is responsible for dissolving blood clots in a balanced manner, without causing excessive blood thinning.

Gone are the gag-inducing taste and sticky texture. What remains is Bacillopeptidase, which is responsible for the clot-busting action of Plasmanex1.

Plasmanex1 restores the delicate balance—no clotting, no bleeding
Plasmanex1 is unique in that it reduces the unchecked production of PAI-1, the substance that keeps clots from breaking down. Because it regulates your body's level of PAI-1, it restores the normal process of clot breakdown without causing bleeding. In other words, it restores that delicate balance. In an early study, BFPB was added to blood collected from healthy volunteers. The concentration of fibrin monomers (markers of clots) was 160+/- 29.3 mg per milliliter in the control vials.

Heparin, a popular anticoagulant drug, cut the monomers down to 6.0+/- 1.1 g/ml. In the vials to which BFPB was added, the concentration was much lower. It went down to 0.05 mg/ ml. Another study tested how long it took clots to breakdown. A small amount of BFPB was added to test tubes containing a thrombus, or blood clot. The thrombus began to breakdown within several minutes and was almost completely gone in three hours.

A study on rats showed that BFPB drastically cut the time it took for blood to clot. Another revealed that it was more effective than plasmin in breaking down clots and restoring blood flow. In rats given nothing, thrombus volume decreased to 82 percent overtime. The volume decreased to 51 percent of the starting volume in rats given BFPB. Once they'd completed test-tube and animal tests, their researchers moved on to human trials. After treating over 300 patients with Plasmanex1, there have been no problems. In less than three months on the supplement, patientsf coagulation problems straighten out. Dr. Tawakol calls it a "dream product." The results speak for themselves. In one study, blood viscosity was decreased significantly over a period of 180 minutes after patients were given BFPB. In another, there was a significant decrease in the time it took for clots to breakdown, and a 31 percent increase in plasmin activity.

Bonus "side effects": higher energy and improved blood sugar
Because it's difficult to breakdown a clot once itfs formed, the best course of action is to prevent clots from ever forming. If you found yourself nodding in recognition when I listed the risk factors for increased PAI-1, Plasmanex1 could be your "insurance policy" against clotting. Dr. Tawakol has been taking Plasmanex1 regularly ever since he first found out about it. "I don't dare stop the Plasmanex1," he told me. Plasmanex1 is not yet widely available, so there hasn't been much feedback. But the people who have tried it offer nothing but rave reviews.

One user used to experience chest pain after a few minutes of exercise or other physical exertion. His cardiologist recommended an angioplasty, but he decided to try Plasmanex1 instead. He can now spend 40 minutes on the treadmill without any discomfort.

A user with diabetes found that Plasmanex1 has improved his blood sugar. Yet another user, a teacher, praises Plasmanex1 for the energy it gives her.

It makes sense—the more freely your blood flows, the more oxygen and nutrients reach your vital organs. She has to stand for long periods of time, but no longer feels exhausted at the end of the day.