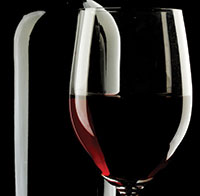 Headlines, even when covering “boring” topics such as science, are designed to draw in the reader with the promise of news that is important, startling, counter to expectations, and so forth, with nutrition and health news every bit as subject to hype and exaggeration as are political affairs. Often authors one year grab attention with the promise of the discovery of a panacea for health and longevity, and then the next year notice is directed toward findings that disprove the very same expectations of extended wellness and youth. Red wine and resveratrol currently exemplify this pendular swing as one typical headline glares, “Red Wine and Health: Resveratrol Health Benefits a Myth?”1 Red wine and resveratrol, one of its constituents, long have been touted to reduce cardiovascular disease rates even in the face of diets rich in saturated fats. Hence, it is quite an attention-grabber to be told that not only does consuming red wine and resveratrol for years not protect the heart, but it also does not protect against cancer nor does it extend lifespan.2 Succinctly, the Los Angeles Times headline summed things up: “Resveratrol in the diet is no help at all.”3

On its face, the study in question would appear to be strong. It was conducted in the Chianti region of Italy, ran for nine years as it surveyed 783 men and women 65 and older whose health and resveratrol intake were tracked. Specimens of subjects’ urine were tested routinely for levels of resveratrol metabolites. The finding was that whether a study subject consumed high levels of resveratrol or none, there were no differences in rates of cancer, cardiovascular disease, death or inflammation

Fortunately for those of us who happen to like drinking a glass of red wine with meals, the fact that a study is “recent” does not mean that its research, analysis and/or conclusions are superior to those of prior studies. Indeed, this latest study happens to include a range of data that contradict its own conclusions. One critic of the study, Bill Sardi, has gone through the publication with a fine-toothed comb and discovered interesting and quite positive health findings. Two of these are of special interest, yet are largely ignored by the authors of the paper. First, in a finding published but unremarked except for a sentence in passing, “modest red wine intake nearly halved the percentage of adults who were considered cognitively impaired as measured by a mental test.” 4 The teetotaler lowwine/ resveratrol drinking group ultimately exhibited mild cognitive impairment in 32.8 percent of subjects versus only 16.4 percent among the high-wine/resveratrol drinking group (~2.6 glasses of wine/day).

The other interesting finding explained why those in the study with the highest intake of resveratrol from red wine failed to live longer. In a word, tobacco. The quartile that drank the most wine also was the quartile that smoked most heavily. Smoking was twice as high in the heaviest drinking group (25.1 percent) as in the other groups, with the second quartile of drinkers coming in second at 12.8 percent.5 The conclusion to be drawn is that heavy smoking negated the benefits of the wine and that this skewed the results of the trial. In comparison, past trials have demonstrated that in the absence of smoking a small or moderate amount of alcohol consumed routinely significantly improves mortality rates not only versus heavy drinking, but also versus non-drinking subjects.6

Is the subject of red wine and heart disease closed at this point? Hardly, although there have been far fewer human studies on resveratrol than most readers might imagine. A little background is in order as to why so much has come to be expected from red wine and resveratrol.

A History of Health Promotion?
It’s called the “French Paradox.” The French are famous for their love of rich foods—butter, cheeses, eggs, sauces, more saturated fat (~15 percent of calories) and cholesterol than is found in the American diet, less use of supposedly “healthful” vegetable oils—yet the French on their traditional diet suffer a heart disease rate only about 40 percent of ours. With other diseases, it is much the same.

As early as 1979, studies of human populations and their eating habits began to give reasons for the good health of the French. There seemed to be a clear relationship between wine consumption and mortality rates from heart disease: the higher the wine intake, the lower the heart disease death rate.7 Since that time, confirming studies have appeared regularly. In 1995 the British Medical Journal published data from the Copenhagen Heart Study, which found that those who consumed wine daily over the 12-year span of the study were much less likely to die than either non-drinkers or those who consumed other forms of alcohol. Some 13,000 subjects between the ages of 30 and 70 at the start of the study (7,234 women and 6,051 men) were tracked from 1976 to 1988. Those who drank wine daily had only half the death risk of those who did not drink at all. Daily consumption of three to five glasses of wine, but not beer or hard alcohol, reduced mortality rates by 49 percent.

The protection seems to come from “phenolic” substances found in red wine. In another 1995 study, seventeen healthy men 25–45 years old drank either red or white wine daily with meals for two weeks. When blood was drawn at the end of this period and tested for its ability to withstand free radical damage, it was discovered that the plasma from the red winedrinkers was 20 percent less likely to undergo oxidation, whereas the plasma drawn from the white wine-drinkers was 34 percent more likely to be damaged.8 Inasmuch as it is just this type of damage to blood fats that leads to cardiovascular disease, this finding, which confirms a great deal of earlier research, is of health significance.

Alcohol in and of itself has a mixed record for cardiovascular benefits. Surveys routinely find that moderate alcohol consumption is associated with a lower risk of cardiovascular diseases with a large number of epidemiologic studies demonstrating a U- or J-shaped relation between alcohol consumption and total mortality, coronary heart disease and ischemic stroke. The lowest risk occurs in those who drink one or two drinks per day.9 Recommendations from many experts continue to suggest one to two glasses of red wine per day (10 to 20 grams alcohol).10 However one explains the benefits, light wine consumption is associated with five years longer life expectancy compared with abstinence.11 Studies that attempt to track life expectancy and the type of alcohol consumed as well as the total amount of alcohol chronically consumed typically discover that red wine is associated with better life expectancy in both men and women, a result not demonstrated for other sources of alcohol.12,13

Research has found that the phenolic compounds in wine, primarily red wine, decrease the level of platelet aggregation (make the blood less “sticky”), reduce the level of LDL cholesterol oxidation while actually increasing the overall level of HDL cholesterol (the “good” cholesterol), relax the walls of the blood vessels and generally improve health. These benefits appear despite the pro-oxidant effects of alcohol itself. It is clear that important health-protectant compounds are found in the grape and that these are absorbed into the system when red wine and grape juice are consumed.14

The cardiovascular and other benefits of red wine appear to be a joint effort. Indeed, wine is a rich and relatively bioavailable source of phenolic acids (p-coumaric, cinnamic, caffeic, gentisic, ferulic, and vanillic acids), trihydroxy stilbenes (resveratrol and polydatin), and flavonoids (catechin, epicatechin, and quercetin).15 Joseph L. Evans, Ph.D. and I several years back determined that low dose resveratrol in combination with the other ingredients in red wine was quite sufficient to explain the health benefits routinely found with moderate wine consumption.16 Readers who wish to explore this topic should start with Maroon J. “Sources, Safety, Bioavailability, and Dosage.” The Longevity Factor: How Resveratrol and Red Wine Activate Genes for a Longer and Healthier Life. 1st ed. New York: Atria; 2009;141–52.

Resveratrol on its own has shown a number of health benefits, but not at the level of intake that can be maintained with red wine consumption. For instance, at an intake of ≥150 mg/day significantly reduces systolic blood pressure by about 11.90 mm Hg according to meta-regression analyses.17 Similarly, resveratrol has been demonstrated to deliver benefits to diabetic subjects that may not appear in studies examining only non-diabetics in good health. A recent large meta-analysis concluded, “Resveratrol significantly improves glucose control and insulin sensitivity in persons with diabetes but does not affect glycemic measures in nondiabetic persons.”18

Conclusion
Wine has been a part of human dietary practices for many thousands of years. Studies of wine-drinking populations and comparisons with the health of non-wine and nonalcohol consumers routinely demonstrate significant health benefits. Some researchers calculate that life expectancy may be extended by as much as five years in moderate wine drinkers (two or fewer drinks per day) compared with those who do not drink alcohol at all. Moderation is the key. Bon Appetite!