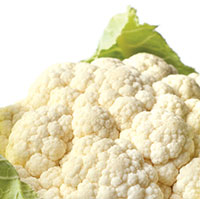 What You Can’t Afford Not to Know

We have relied heavily on byproducts of the petrochemical industry since the beginning of the last century. But it wasn’t until World War II that we experienced a demand unlike any other. It was as if we couldn’t live without plastics no matter how hard we tried. The truth is that plastics and their byproducts are quite literally incorporated into just about every aspect of our modern lives—from cars to musical instruments—and even our bodies.

Despite the remarkable advances in technological innovation plastic has made possible, new research on human health and plastic-derived chemicals has many experts crying out for a 21st century iron age. Just think back a few years when almost everyone at the gym was gulping their energy drinks from big plastic bottles. It seems as if most have now traded in those plastic bottles for stainless steel, but why? It’s because we are becoming more and more aware of a class of chemical compounds found in plastics and other synthetic compounds, called xenoestrogens (pronounced: zee-no-estrogen), which have been linked to a number of chronic diseases. One of the most worrisome of these links is the emerging connection between xenoestrogen exposure and heart disease.1

Xenoestrogens—What Are They?
A xenoestrogen is a synthetic form of estrogen, and it is found in a lot more things than just plastic. Xenoestrogens are also found in pesticides, herbicides, fungicides, household chemicals, dry cleaning chemicals, body creams, shampoos, soaps, and even commercial meats that come from animals that are pumped full of estrogen-laden drugs. In other words, they are pretty much everywhere.

The term xenoestrogen simply means “foreign estrogen” or “estrogen mimicker.” Once introduced in the body, xenoestrogens try to fool the body into thinking they are natural estrogens, but they are far from it. The accumulations of these xenoestrogens quickly create hormonal imbalances and endocrine system disruption. The end result can be felt all the way from mood swings, weight gain and depression to full blown cancer.

In the last 70 years, xenoestrogens have not only found their way into products that we use every day, but alarmingly, traces of xenoestrogens are found in food containers or even food itself. This allows these synthetic compounds a direct path into our body via our unsuspecting mouths.

Although there’s still a debate to the extent that xenoestrogens cause harm, scientists agree that our exposure to these compounds have skyrocketed in recent years.

Xenoestrogens and Your Heart
On October 18th 2008, a Canadian health group deemed a particular xenoestrogen, BPA, harmful to health. Feeling public pressure, the popular water bottle manufacturer Nalgene announced that they would no longer produce products containing BPA.2 Although a victory for reducing xenoestrogen exposure, many feel that actions like this are nothing but a drop of bottled water in the ocean.

Even as many public health agencies cry out for bans on xenoestrogens, the link between xenoestrogens and health is not yet crystal clear. This is mostly due to the fact that the nature of diseases like heart disease develop over decades—with dozen of factors coming into play. This clouds the picture and makes determining a cause and effect relationship impossible. However, mounting research suggests that the tricks that xenoestrogens play with our hormones impair heart health.

Because xenoestrogens raise circulating estrogen levels, they create excess abdominal fat, impair glucose metabolism, and increase oxidation—three important risk factors for heart disease in both men and women—many scientists are now suggesting that we should avoid xenoestrogens to reduce our risk of heart disease. But how?

How to Fight Back!
You don’t have to sit idly by while xenoestrogens run rampant in your body. Limiting your exposure to xenoestrogens by avoiding food and beverage contact with plastic containers and canned foods (due to the BPA linings on the inside of the cans), choosing xenoestrogen-free products, and thoroughly washing pesticides off fruits and veggies, will go a long way to limiting the damage. There is also a completely natural way to actually counteract the xenoestrogens that have already invaded; it’s called eating cruciferous vegetables like broccoli, cauliflower, Brussels sprouts and bok choy. That’s because this class of plants contains very powerful phytochemicals called indoles, which have the incredible ability to help the body detoxify against these harmful compounds and even turn them into helpful forms of estrogen.

One of the most powerful and research-proven indoles is called indole 3-carbinol (I3C). Indole 3-carbinol seems to work on a number of levels to help your body bounce back from xenoestrogen exposure. A study out of the University of Nebraska Medical Center found that indole 3-carbinol helps boost the body’s ability to detoxify xenoestrogens via the liver and reduce oxidative stress—two important steps to protect your heart against xenoestrogens.4

To get the benefits of indole 3-carbinol, you should aim to eat a minimum of three servings of vegetables like broccoli, kale, Brussels sprouts, and cabbage per day. If that’s not realistic for you, indole 3-carbinol is available in supplement (as in Ultimate Her Energy and Ultimate Male Energy) form and may be an effective alternative to non-stop veggie chomping.