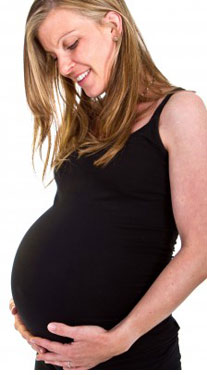 I have written extensively both in articles and in two of my books, Chemical Cuisine: Do You Really Know What You’re Eating?” and Are Your Infant & Children Being Poisoned? regarding the dangers of chemicals we consume. Now, a study validates my concerns and warnings to my readers and patients, in a study conduced by the Environmental Neurotoxicology Research Project from the University of South Florida, Tampa.

There has been considerable media attention to the harmful effects of MSG and Aspartame over the past several years. This investigative report will provide you with shocking statistics and a case history about the dangers of these toxic food additives.

Many people believe that, “A little won’t hurt” – I have news for you, it does. Brain lesions were found in infant monkeys exposed to varying levels of a SINGLE DOSE of MSG. Researchers at the Departments of Psychiatry and Pediatrics at the Washington University School of Medicine conducted the study with rhesus monkeys because of hypotheses from other researchers that susceptibility to MSG-induced brain damage may be limited to sub-primates (mice, rats, rabbits, etc.).

A subcommittee of nutritional experts appointed by the Food Protection Committee of the National Academy of Sciences (NAS) declared MSG to be a safe food additive requiring no regulation. The nutritional experts did admit susceptibility of infant rodents to brain damage from orally administered MSG at even the low doses of 1 gram per kilogram body weight (g/kg) but reasoned that the primate infant was most likely not at risk to MSG brain damage because it had a more mature central nervous system and more highly developed blood brain barrier at birth.

However, this theory did not hold true when tested by Dr. John Olney and colleagues at the Department of Psychiatry and Pediatrics at Washington University School of Medicine. Here, the researchers exposed 6 infant rhesus monkeys to a single MSG dose ranging from 1 to 4 g/kg and were compared to 3 control monkeys exposed in the same manner to sodium salt (table salt). The researchers found that all MSG exposed monkeys developed damage to the brain area known as the infundibular region of the hypothalamus – corresponding to the arcuate nucleus hypothalamus area in mice.

In concluding remarks, Dr. Olney states, "Our data do not support the view that only subprimates (i.e. mice & rats) are susceptible to MSG-induced neurotoxicity. The lesions in our primate infants following relatively high subcutaneous doses of MSG were so similar to those consistently observed in mice treated with high doses of MSG that it seems unrealistic to deny primate susceptibility to the MSG effect. Since lesions we detected in infants treated orally with lower doses were also similar in localization and identical in cytopathological detail to those we routinely find in infant mice treated orally with low doses of MSG, a causal link between low oral doses of MSG and necrosis (damage) of neurons in the infant primate hypothalamus also seems likely.” 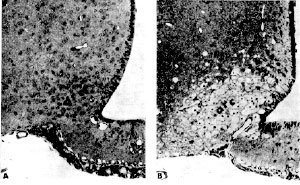 A Picture is Worth a Million Words!

MSG & Aspartate – Dangerous Even in a Single Minute Dose

According to Dr. Olney’s findings, MSG and Aspartate combine their damage potential when test animals were fed 0.5 g/kg of each compound simultaneously that they developed the amount of hypothalamic damage characteristically seen in animals treated with either agent at 1 g/kg.

of MSG from the child’s diet.

The case history, reported by Dr. L. Reif-Lehrer of Harvard Medical School in the journal Federal Proceedings, showed the child did not respond to Dilantin treatment but had symptoms "completely alleviated by a diet that excluded exogenously added glutamate."

The child’s first seizures began at 6 months of age. For the next four months the child’s seizures continued even with treatment using Dilantin, Mysoline and Pyridoxine. At 9 months of age the child was experiencing 100 or more seizures per day.

The following medical bibliography lists chronologically the events observed from removal of MSG from the child’s diet: 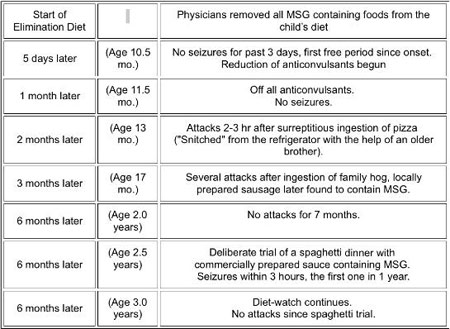 The child’s physician, M. G. Stemmermann, M.D., noted there were still no attacks as of four years later except after annual test trials with an "MSG meal."

Beware of “Legal” Aliases for MSG

The following is a list of aliases that is a work in progress, as there are always new food items being added. Print this and keep it handy, it could save your developing fetus from serious permanent metabolic damage or from serious disorders that conventional medicine could misdiagnose or medicate incorrectly. Remember that MSG and Aspartate (artificial sweetener) affect everyone and is also suspected as a huge contributing factor in cognitive disorders like ADD/ADHD, Alzheimer’s, Parkinson’s and many more, some life-threatening not just life-altering.