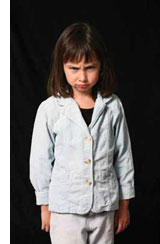 In the last issue of totalhealth, I published an article called “What is Autism,” which described Dr. Ahsen’s innovative method of treating autism. The following is a real success story that describes a cure of autism symptoms through working with a methodology developed by Dr. Akhter Ahsen, originator of Image Psychology and author of more than 30 books.


In “What is Autism” I used the word ecology to describe autistic children’s highly sensitive genetic predispositions and the way they interact with their environments. I suggested that the environment or “ecology” around autistic children impacts them more strongly than it does others of a less gifted and susceptible nature. In fact, the article reveals that the individuals who are most prone to developing autism fall along the most brilliant, imaginative and sensitive side of the human spectrum. Due to their highly responsive minds, these children absorb life’s interactions in a deeply acute manner, leaving them more wounded by the exchanges that other children can easily brush off.

Much research into the causes of autism focuses upon mirror neurons found in the amygdala center of the brain, which deals with memory, emotion, and personal and social development. These mirror neurons play a key role in the interaction of social cues between individuals, encoding templates for specific actions and allowing one person to understand another’s acts, intentions and emotions. Recent research by Cynthia Schuman and David Bower (2006) reveals that autistic children have a decreased number of mirror neurons compared to the normal population.

Schuman and Bower found that autistic children had an increased number of mirror neurons at birth, which decreased rapidly from then on. Dr. Ahsen points out this initially high level of neurons causes children to be more naturally perceptive in absorbing the subtle cues in their environment. Because of their increased sensitivity, such children are exceptionally alert to both positive stimuli and environmental dangers. Thus, in psychologically stressful environments, these children feel overly fearful or anxious, and they withdraw inward into their own vivid imaginations. Dr. Ahsen writes: “The constant rush of stress hormones in an area that has rich potentials renders it poorer and vulnerable and contributes to the severity in the symptoms of autism.”

The degenerating mirror neurons in autistic children make it difficult for them to connect socially with others, and their ability to discern and interpret social cues becomes increasingly compromised. Since every child is unique in terms of how, why and when they withdraw into autistic patterns of behavior, some children present autistic symptoms soon after birth, while they occur for others at later stages, due to the stressors that uniquely impact them.

Highly sensitive children withdraw inward because they find the world around them either too accelerated, too harsh, or lacking understanding into the true nature of their heightened sensibilities. To raise such a sensitive child is indeed a challenging task for any parent in our fast-paced, modern world.

It is crucial to understand how to interact with an exceptionally sensitive child before withdrawal occurs. The challenge is to discover how to connect with such a child and enter into his or her world first. By this, I refer to a child’s own inner world, which is more connected to natural rhythms than the hectic pace of the contemporary adult world, which is cognitive rather than sensual.

Ahsen’s Treatment Method
Recently, biologists at Princeton University found that freshly born neurons arrive at the cerebral cortex every day. In another discovery, Rizzolatti, Fogassi and Gellese (2006) revealed that “the action performed by one person can activate the motor pathways in another’s brain responsible for performing the same action.” In other words, the second person “gets” what the first one is doing and can imitate it because of the mirror mechanism, which allows him to experience it in his own mind.

Dr. Ahsen synthesized these discoveries in his methodology, demonstrating how brain functions of degenerative diseases can be repaired through intentionally activating and stimulating neurons and helping new ones to grow. Through his model of a “picture method,” Dr. Ahsen’s treatment stimulates the growth of new mirror neurons in the amygdala center of the brain, regenerating and activating them in a manner that is naturally pleasurable and exciting to the autistic person. His method also allows the autistic person to break free from isolation through using empathic interactions in the process of exploration.

Dr. Ahsen’s picture method uses four reorganized nature pictures with which the autistic person interacts in a back and forth manner, guided by a facilitator who is empathic to the autistic person’s sensibilities. The pictures are a stable point of interaction, where the mirror neurons are naturally and meaningfully activated. It is less burdensome for an autistic individual to relate to a photograph of nature than to other individuals. In his or her exchange with the photograph, the autistic person is invited to enter into the picture allowing their imaginations to be free. The facilitator empathizes deeply with the autistic person and makes him or her feel known, heard, and seen. Amazingly, the patient begins to empathize in return. Through this process, the autistic individual comes to know the facilitator’s intentions, emotions and acts. As they playfully relate to the picture and to one another through 30 precise steps, the result is rapid emotional growth and outward connectedness.

This method brings out the autistic person’s natural social responses in the precise area where their growth was stunted early in their development. The pictures activate many other relevant neural pathways in the brain and work more powerfully than the current behavioristic or cognitive methods used today. Such behavioral methods impose control externally, failing to release useful natural responses from within the individual, and do not help release suppressed potentials. In fact, through rigid, mechanistic instruction, a double repression is created, adding even more control and obstructions upon the inward suppressions that are already present.

Harriet’s Story
I am quoting a brief case-study from a book being written by Harriet a woman who was cured of autism through her work with Dr. Ahsen. She represents a real-life success story of someone who overcame her struggle with autism. Of her early experiences with the disorder, Harriet writes:

“I began using words late. I did not walk until I was one and a half years old. When I started school at the age of 4, it was difficult to understand me and I spoke my own language. In fact, I did not talk much and just followed along. In the early years of school, I did not play with the other children and never had any friends. I was thought to be extremely shy and I tried to imitate what others in school were doing. I did not speak up in class. I was also called a ‘dummy” and did poorly in school. However, I never felt dumb inside myself. I felt dumb in the world. I would feel insulted and hurt that people would make comments. I am trying to describe what it feels like to be autistic. If I go into my imagination and feel that little autistic girl inside of me, I can hear her voice even today coming to me. I can feel her wanting to speak out. I wanted to be heard. But, I did not know how to be heard. The world was very confusing to me. I did not know what I was supposed to do to fit in with everyone. The world frightened me and it moved too quickly. Only my imagination was comforting and soothing to me. In my imagination I could see things so clearly and create the world that I would have loved to have where there was an abundance of love and acceptance. A world that moved at a slower pace and did not demand me to have to do things that were difficult for me to do. As a result, I created a complimentary world that I lived in my imagination. I felt so much love in my imagination but I could not express that nor receive it in the world I was living in. Being so locked up and different was extremely painful to me”

Regarding her treatment with Dr. Ahsen, however, Harriet spoke differently
“Even though I was an adult starting treatment, bringing me to nature was very important because it excited me. I felt an excitement and I wanted to run out and be there in the nature pictures. The trees behind the horse invited me to go into the forest. I felt invited to come in. Strange, with society and a group of people I hesitated. With the pictures I felt an invitation and I felt safe. It was very exciting. Dealing with people there was the right way and the wrong way and my mind would go into confusion. There are so many ways to do things in nature. I became free and spontaneous.

“Working with nature pictures was a lot of fun. The interaction was playful and interactive. I could feel the neurons in my mind firing up. That playfulness brought out an excitement in me and a childlike feeling and I had a lot of energy and bounce in me. I wanted to move and be active. I wanted to talk, move, laugh. I was coming to life with a confidence I had not known before.

“When I would go into the picture I got so much energy. I was initiating and leading and there was enthusiasm and I was bursting with life and eagerness at the same time. The mirror neurons were firing like crazy and I welcomed all to come with me to join in my imagination. As a result I did not feel separation from others.”

Harriet’s story is a representative case of how Ahsen treats various autism disorders. He deals with the unique symptoms presented by each individual and his method has successfully overcome them.