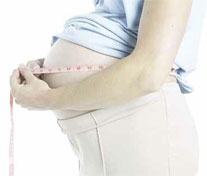 It has long been known that an infant’s diet is important for mental development. Increasingly research is showing that the diet and everyday environmental factors during the first three to five years of life can have important consequences in the areas of mental health and the ability to interact socially as well as determining whether the child will grow up obese, develop diabetes or suffer from heart disease in later life. Moreover, it seems that the mother’s eating habits and overall health during her pregnancy may contribute greatly to her child’s health and even determine her child’s risks for major diseases in adulthood. To an amazing degree, starting your child off properly with regard to nutrition begins during pregnancy and requires special attention during the first half decade of life.

Unfortunately, we Americans have been losing this earliest of nutritional battles. For instance, obesity has reached epidemic proportions in children. Commenting on her report on children’s health issued just this year by the National Academy of Pediatrics, Dr. Nancy Krebs, a pediatrician at the University of Colorado, said, “If you look at the number of kids who are overweight or at risk, you’re talking over 25 percent of our kids. If some infectious disease was affecting 25 percent to 30 percent of our children, you can be sure we’d be looking for some kind of vaccine.” In fact, the percentage of those who are seriously overweight has doubled among children six to 11 years old from about seven percent of those surveyed in the period 1976 to 1980 to more than 15 percent in the period 1999 to 2000. Obesity in 12-to 19-year-olds jumped from five to 15 percent over the same period. According to the National Center for Health Statistics, some 10.4 percent of preschoolers are obese, which is cause for concern given that children who are obese at age four have a 20 percent risk of being obese in adulthood. If they continue to be overweight as adolescents, they have an 80 percent chance of being overweight or obese as adults.

With obesity comes diabetes. According to Dr. Lori Laffel, head of the pediatric unit at Boston’s Joslin Diabetes Center. “Over the years, we always saw an occasional child with type II [diabetes]. It was a handful a year.” That was before the 1990s, when overweight parents began to bring in their similarly large children with type II diabetes. In that decade, the number of children with so-called “adult” diabetes increased approximately 500 percent and the rate has doubled again since then. Similar increases are reported at other institutions. Regarding this type of diabetes in children, Dr. Phillip Lee, head of pediatric endocrinology at UCLA, says, “We just didn’t see it. Now referrals of type II are almost 50 percent of our diabetes cases.” Diabetes and pre-diabetes (also called Syndrome X or the metabolic syndrome) ominously are linked to not just obesity, but hypertension, cardiovascular disease and yet other conditions.

Can anything be done? Research says yes. In the area of mental health, a study published this year in the American Journal of Psychiatry found that children aged three to five years old who took part in an enrichment program that included attention to diet, exercise and preschool education were 31.9 percent less likely to develop personality disorders and 27.9 percent less likely to engage in antisocial behavior in their late teens. They also were 35 percent less likely to show criminal behavior at age 23. Good nutrition was found to be the single most significant factor in this program, which included more protein (fish, chicken and mutton), salad with lunch and an afternoon nap. The head of the study noted that “this suggests that proper nutrition, exercise and cognitive stimulation in preschool very likely will create better behavior 20 years later. Perhaps what is critical is the establishment of good habits early on in life—when the brain is growing.” Just as a lack of proper nutrition leads to poor cognitive development, overeating of empty calories combined with too little exercise has negative consequences. Most nutritionists blame inactivity and overeating for the rise in childhood obesity and diabetes.

In other words, too much TV and soft drinks (each serving supplying 200–300 calories from simple sugars). The World Health Organization in 2003 recommended that no more than 10 percent of the diet should consist of simple sugars, yet the average for all Americans is at least 25 percent of the diet. For many children, between sugared breakfast cereals and even more sugar-laden sodas, the figure is more likely 50 percent.

The role of sweetened drinks, not just sodas, but the sugared 10 percent juice drinks that have almost totally displaced water in the lives of modern American children, is quite significant. 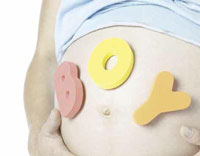 Particularly disturbing with regard to these sweetened drinks and other sugary products is very recent work which shows that the excessive consumption of sugars actually alters brain receptors such that individuals in the future feel the need—based on lasting changes in brain physiology and chemistry—to eat sugar.

On the other side of the energy equation, children now exercise less than in previous decades. According to a study by the Centers for Disease Control, 22.6 percent of American children (ages 9–13) do not engage in any free-time activity and nearly two-thirds do not participate in any organized physical activity during their non-school hours.

The first step in protecting a child’s nutritional status can be taken as early as pregnancy. Two areas in the development of the fetus are particularly susceptible to poor nutrition. These are neurological development and metabolic control. The first often is associated with attention deficit disorder (ADD) and attention deficit hyperactivity disorder (ADHD). The second is linked to obesity and diabetes in childhood and adulthood.

According to the National Institute of Mental Health (NIMH), ADHD affects approximately two million American children or approximately three to five percent of the school-age population and is about four times more common in boys than in girls. ADHD usually becomes apparent at about age three. Symptoms include inattention, inability to concentrate, failure to listen when spoken to, hyperactivity, squirming, talking out of turn, impulsiveness, disruptive behavior, sleep problems and poor learning ability. 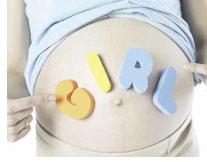 A number of nutritional scientists argue that ADHD is a birth defect caused by deficiencies of maternal DHA (docosahexaenoic acid) during pregnancy and while nursing, and the virtual absence of DHA and AA (arachidonic acid) in infant formulas. (AA is a long-chain omega-6 fatty acid found primarily in meat and eggs, whereas the omega-3 fatty acids EPA [eicosapentaenoic acid] and DHA are found primarily in the fat of cold-water fish.) DHA in particular is required to support fetal visual acuity, neurological and brain development.

Mothers who are overweight also give to their children a tendency toward weight gain, insulin resistance and diabetes, which is to say that they predispose their offspring to Syndrome X. Many doctors and medical researchers are quite concerned regarding the future of American children because recent generations of U.S. adults have been increasingly overweight and obese. Indeed, present estimates place more than 60 percent of all American adults in these categories. Even if most Americans were to adopt new eating and exercise habits, it would take literally generations to reverse the inherited metabolic pattern because maternal obesity undesirably activates certain genes in offspring.

Fortunately, supplement makers have begun to address these earliest of nutritional issues by producing products designed for use by pregnant and nursing mothers. Such formulas incorporate nutrients important for blood sugar regulation, such as chromium, along with DHA, to support the infant’s neurological development. Often even the name of the product will indicate the importance of these factors. Hence, Jarrow Formulas produces a product called Preg-Natal®+DHA, and other companies similarly offer such products. Jarrow also offers MaxDHA, an essential fatty acid concentrate which maximizes the amount of DHA available.

Nutrition during the first five years, as noted above, can have a major impact on adolescent and even adult mental and physical development. Many supplement makers produce vitamin drops for young children. Once children are a bit older, chewable vitamin and mineral supplements can be added to give insurance with regard to basic nutrition. The principle here is the same as a once per day adult multi, only in this case designed with dosages appropriate for younger ages. (Chewable vitamins should always be carefully stored out of reach of children.)

As for probiotics, these are especially important for children born prematurely and those not breast-fed. The normal bacterial constituency of the gut is established within days of birth. Either of the above conditions will tend to lead to a reduced role for bifidobacterium, the bacteria which should be chiefly represented in the intestines of children.

There is an old adage “an ounce of prevention is worth a pound of cure.” In the case of nutrition and health, this means that starting off on the right foot in pregnancy and in the child’s infancy and early years can be crucial for determining adolescent and adult health.

Fortunately, the rewards are well worth the effort.