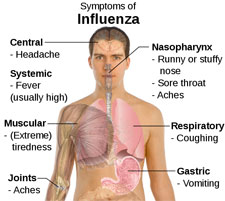 It is said that “the victor gets to write the history,” and because modern medicine holds such a stranglehold on our medical system, it is sometimes very hard to obtain balanced information about medical matters. Worse yet, public policy and many laws support only the views espoused by modern medicine. Consequently, those of us who know the power of natural healing are often left on our own to seek out information in order to fill in the gaps.

At no time is this missing information more needed than today, when we read alarming headlines about Avian Flus or H1N1, alleged pandemics that were supposedly going to match or surpass the death rates of the Great Flu Epidemic of 1918.

To understand why our government ramps up for these anticipated pandemics, you need to know how much they are involved in the drug business and the creation of laws that sanction the use of our tax dollars to make new drugs. Once developed, these drugs are then handed over to the drug industry to sell worldwide, and officials at all federal agencies, including the State Department, are required to do what they can to make these drugs a commercial success. consequently, the possibility that there might be an epidemic, or even worse a “pandemic” (that is, a situation in which more potential sick people would need drugs) provides yet another opportunity to develop and promote drug products for sale worldwide.

While millions of Americans worry about what will happen if such pandemics reach our shores, we thought we’d set the record straight on what actually happened during the 1918 epidemic, among chiropractors and homeopaths, two medical groups who have always remained skeptical of modern medicine for good reason. Chiropractor, Dr. Christopher Kent, in his article titled, “Chiropractic and Infectious Disease —a Historical Perspective,” which is posted on www.subluxation.com, provides statistics that show the superiority of chiropractic care during the 1918 flu epidemic. In Davenport, Iowa, 6,116 patients died out of 93,590 treated (a loss of one in fifteen) under modern medical care. Meanwhile, chiropractors at the Palmer School of Chiropractic treated 1,635 cases and lost only one patient. Outside Davenport, chiropractors cared for 4,735 cases with only six deaths, or one death per 866 patients. Meanwhile, in Oklahoma, another bastion of chiropractic activity, out of 3,490 flu patients under chiropractic care, there were only seven deaths.

Homeopaths had similar success, as they always do during any infectious disease outbreak. One of the several most interesting public records about homeopathic superiority in treating the flu was reported in Chicago, where three great mail order houses were located: Montgomery Ward, Sears, Roebuck and Co., and Marshall Field’s. Each of these companies had medical clinics for their thousands of employees. Sears and Marshall Field’s were run by allopathic M.D.s, while Ward’s was run by homeopaths. While Sears and Marshall Field’s lost hundreds of patients, Ward’s only lost one lone patient. One homeopath practicing during the epidemic said that allopaths typically lost 20 to 40 percent of their patients while homeopaths lost only 5 to 6 percent at most.

In New York City, the Commissioner of Health, Royal Copeland, a homeopathic physician, was convinced that most of the deaths reported in the city were from pneumonia, a complication from the flu, because most people did not have indoor heating at the time. As a result, he changed the sanitary code to require landlords to keep heat in their buildings no lower than 68 degrees. Dr. Copeland also noted that among the Jewish population, there were lower death rates. He claimed it was because Jewish mothers were the best in the world. We think it’s because of their famous chicken soup, which is known to be nutritionally rich and usually includes several herbs of medicinal value, none the least of which is garlic.

All natural health practitioners would tell you the same thing about the flu season: Be prepared and build up your immune system; it’s the best defense. On the outside chance we do have some kind of unusual flu outbreak, avian or otherwise, you can use homeopathic flu remedies like Boiron’s oscillococcinum, which is prepared from duck organs because the makers know that flu can have an avian origin. You should also know that each flu season, homeopaths gather information about symptoms from the very first sufferers and establish the most effective protocols for that season’s variety of infection. And they don’t necessarily differentiate between flu-like illness or the actual flu, which is only 10 percent of the aches and sniffles that people suffer each year. They choose from Aconite (for the first signs of a flu), Eupatorium (for break-bone fever), Gelsemium (for worry and hurry), Nux Vomica (for overindulgence), and a dozen more. We personally also use oil of oregano, vitamin C, garlic, and magnesium to defend ourselves and also carefully avoid the flu shot and antibiotics.

What we must always remember is that the key to good health is being informed owners of our own bodies. We have a right to choice in health care, and we must fight for that right of choice and the knowledge and ability to self-medicate with fearlessness and confidence.

Allopathy is only a medical model born of the industrial age, and to suggest the oldest and most used healing arts in the world are secondary to allopathy is not only insulting but inaccurate. Traditional methods of restoring and maintaining maximum health, by virtue of their track record of safety and success, take second place to no other medical model.

Health is not only about the body but also about the mind, emotions, and spirit. Each of us must be prepared to stretch beyond the average health book, which merely substitutes dietary supplements for drugs and doesn’t give us the deep, underlying reasons for the very existence of our current health care crises. There have been well over 100 years of deliberate scheming and manipulations, affecting every aspect of our North American society, to create the false picture of the health care (actually disease care) matrix. Become educated; take responsibility for your own health; and if you must take medication, look into all the risks and all the other options.

Also, understand that power comes from how you spend your money, how you make your lifestyle choices, and how you cast your vote. Become active in the health freedom movement. 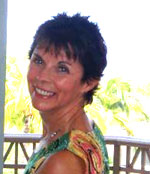