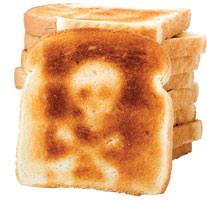 Sugar has been linked to more than sixty different ailments, including type 2 diabetes, obesity, heart disease, and most recently— metabolic syndrome, said to affect 75 percent of Americans to some degree! Studies show there are almost 30 million of us with type 2 diabetes with another 70 million individuals that qualify as pre-diabetics.


It is so pervasive in our society, not only in obvious forms such as cookies and candy but also in just about any other food you can think of. From packaged meats to soups to commercial salt, sugar is in there. It’s even hidden in such nonfood items as vitamins, aspirin, prescription and overthe- counter drugs, and various cosmetics.

The sugar connection to cardiovascular health was first noticed in the 1970s. In the classic study The Saccharine Disease, surgeon-Capt. T. L. Cleave showed convincing evidence that increases in cardiovascular disease, diabetes, and other common diseases could be traced to increases in sugar and refined-carbohydrate intake. These diseases were virtually nonexistent in primitive cultures, he noted, until about twenty years after the societies began eating refined carbohydrates.

British researcher John Yudkin, MD, came to a similar conclusion. In his classic book Sweet and Dangerous, Dr. Yudkin cited numerous examples in a variety of societies that showed that sugar was a more likely cause of heart disease than fat. For example, the Masai and Samburu tribes of East Africa, he explained, have almost no heart disease, yet they eat a high-fat diet of mostly meat and milk but no sugar.

Recent research is proving the validity of the theories posed by Drs. Cleave and Yudkin, showing a direct relationship between sugar and heart disease because of insulin. Remember that when sugar is eaten, insulin is produced. Insulin not only helps to store excess sugar as fat (as explained before), but also helps regulate blood triglyceride levels, which are a major predictor of the development of heart disease. The more sugar you eat, the more insulin your pancreas will produce, and the higher your triglyceride levels are likely to be.

While refined sugar consumption has declined in recent years, a new breed of sugar substitutes has emerged in the form of artificial sweeteners such as Splenda, aspartame, and high-fructose corn syrup (HFCS). Ironically, sugar’s “kissing cousins” may be even more harmful to your health than sugar itself. Could it be just a coincidence that at the same time the country was quietly being slipped high-fructose corn syrup (HFCS) in the general food supply, the average cholesterol levels were shooting up through the roof. Not to mention the trend of increasing triglycerides and abnormal liver tests. How could this be, you ask? The answer is just as simple— your body is not designed to metabolize HFCS. Put simply, the HFCS skips right past the need for insulin production (so your body doesn’t send out a signal that it’s gotten food, so your appetite is satisfied) and goes right into your cells where it becomes an uncontrolled source of trouble all the way down to your liver. Your body simply doesn’t recognize HFCS so it doesn’t know how to control it and in the end it stores it as fat.

If you suspect metabolic syndrome, have your doctor perform some simple tests. Here are some things to look for:

Here are some highlights of a sample program I recommend to help control and treat type 2 diabetes and full-blown metabolic syndrome:

1) Multivitamin. A high quality multivitamin that contains optimal levels of the B-complex vitamins that aid metabolism and help to buffer diabetic neuropathy while offering rare therapeutic minerals for natural diabetes therapy. Not only is it chock full of B vitamins, but it also contains a wide array of trace minerals like the blood-sugar stabilizing vanadium, manganese, and the miracle “molecule” molybdenum. In order to metabolize fructose and sucrose, the body requires a molybdenumdependent enzyme so daily amounts of this trace mineral is critical to avoiding depletion and to help your body get rid of the brain fog which often accompanies sugar intake. Magnesium is one of the most common mineral deficiencies in diabetes because it personally escorts glucose into the cells as well as performs more than 300 other bodily tasks. You may need more than what is in the multiple, but that will give you a foundation to build upon by adding another 200 –400 mg during the day or before bed for peaceful and uninterrupted sleep!

For men, I recommend an iron-free male multivitamin. Excess iron is a major factor in cardiovascular disease and can be unusually elevated in males past the age of 40 and in females who have stopped menstruating.

2) Biotin — 5 mg. A high potency biotin supplement can enhance sugar metabolism, lower triglycerides and stop yeast in its tracks by preventing the yeast from converting into its more aggressive fungal form. Yeast overgrowth is an all too common by-product of diabetes and metabolic syndrome. It can create huge sugar cravings that even the most potent appetite suppressants cannot control. Over the years, many of my clients have reported fuller hair and stronger nails with biotin.

4) EPA and DHA (the Omega-3s) — 1,500 mg twice per day. This natural anti-inflammatory will help tamp down inflammation, raise HDL, lower triglycerides, and prevent the type of nerve damage that is frequently associated with diabetic neuropathy.

5) Vitamin D-3 — 5,000 IU taken 1– 2 times per day. The key here is to check your vitamin D levels with your doctor — and have him oversee your D supplementation — every three to six months with the 25- OH vitamin D blood test. The ideal level is between 50 – 80 mg/dl according to the vitamin D experts I have interviewed. Vitamin D is probably the most deficient vitamin in America today. It has been found to impact hundreds of genes that can halt and “cure” metabolic syndrome along with diabetes.

Visionary health expert Ann Louise Gittleman, PhD, CNS, has always been a trendsetter. With millions of followers nationwide, she has the uncanny ability to pinpoint major health concerns and provide solutions years ahead of anybody else.

Highly respected as the grande dame of alternative health and award-winning author of 30 books, she single-handedly launched the weight loss/detox revolution in her New York Times bestseller The Fat Flush Plan. A Connecticut College and Teachers College, Columbia University graduate, Dr. Ann Louise was recognized as one of the top ten nutritionists in the country by Self magazine and was the recipient of the American Medical Writers Association award for excellence. She has been a popular columnist for First magazine since 2003.