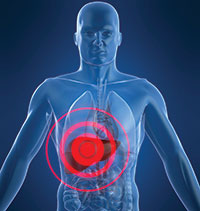 This investigative report is especially close to my heart—many of my family members and younger siblings are type 2 diabetics; I battle high blood sugar constantly. I have been able to maintain safe levels through strict carbohydrate and sugar restriction along with nutraceutical supplements, however, it does requires discipline and constant monitoring.

What most people do not understand is the intimate connection between liver health and diabetes; hopefully this report will enlighten you and assist in taking care of the only organ in our body that can completely rejuvenate—given the right nutritional support.

The Liver and Blood Sugar

The liver both stores and produces sugar—acting as the body’s glucose (fuel) reservoir and keeping your circulating blood sugar levels and other body fuels steady and constant. The liver both stores and manufactures glucose, depending on the body’s need to store or release glucose—this release primarily signaled by the hormones insulin and glucagon.

Here’s what occurs during a meal: your liver stores sugar (or glucose) as glycogen for use later when your body needs it. High levels of insulin, and suppressed levels of glucagon during a meal, promote the storage of glucose as glycogen.

The body is programmed to manufacture sugar when you need it. Therefore, when you are not eating, especially overnight or between meals, the body is forced to make its own sugar by supplying sugar or glucose by turning glycogen into glucose in the process called glycogenolysis. Another way the body can manufacture sugar or glucose is by harvesting amino acids, waste products and fat by-products, a process called gluconeogenesis.

Secondary Fuel Supply
When your body’s glycogen storage runs low, the body begins conserving its sugar supplies for the organs that always require sugar, including the brain, red blood cells and parts of the kidney. To supplement the limited sugar supply, the liver makes alternative fuels called ketones derived from fats. This process is called ketogenesis—the signal for this process to begin is a low level of insulin. Ketones are burned as fuel by muscle and other body organs, therein saving sugar reserves for the organs that most need it. 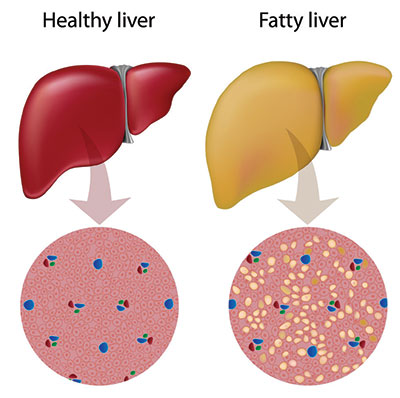 Individuals with type 2 diabetes need to understand these concepts because some of the high morning blood sugar levels commonly seen in type 2 diabetes are a result of excessive gluconeogenesis overnight—too much ketone formation is a less common problem, but can be dangerous, and needs emergency medical attention.

If you’re not already a sufferer of type 2 diabetes, an accumulation of fat in your liver cells raises your risk of developing it, regardless of the fat in other places of your body.

Scientifically Speaking
A new study suggests that fatty liver disease, also known as fatty liver, may be an independent risk factor for type 2 diabetes. Researchers found people with fatty liver disease were significantly more likely to develop the disease within five years than those with healthy livers.

“Many patients and practitioners view fat in the liver as just ‘fat in the liver,’ but we believe that a diagnosis of fatty liver should raise an alarm for impending type 2 diabetes,” according to researcher Sun Kim, MD, of Stanford University in California. “Our study shows that fatty liver, as diagnosed by ultrasound, strongly predicts the development of type 2 diabetes regardless of insulin concentration.”

Other risk factors for diabetes, such as obesity and insulin resistance, create a fatty liver according to researchers. But in this study, researchers found that even among those with similar insulin concentrations, those with fatty liver were still twice as likely to develop type 2 diabetes.

Fatty liver is a common liver condition that occurs in about one-third of adults in the U.S. In some cases, the condition is mild and causes no noticeable symptoms, but in other cases it can lead to permanent liver damage or even liver failure. Fatty liver is frequently associated with alcoholic liver disease, but it also has non-alcoholic causes.

In the study, published in the Journal of Clinical Endocrinology & Metabolism, researchers looked at the relationship between fatty liver and diabetes risk in 11,091 adults in Korea. The participants’ insulin concentration levels and liver function were measured at the beginning of the study in 2003 and again five years later.

In addition, regardless of insulin resistance at the start of the study, those with fatty liver had more risk factors for diabetes, such as higher glucose levels and cholesterol abnormalities than the others.

Researchers say the results suggest that as well as being associated with insulin resistance, fatty liver may independently increase the risk of type 2 diabetes.

The Way I See It…
If you know how to avoid getting into the vicious diabetic cycle, why wouldn’t you? Type 2 diabetes is now in epidemic proportions, especially among baby-boomers. I control my blood sugar by severely limiting the simple carbs I consume that convert to sugar, keeping well hydrated, avoiding sugar and using natural sugar substitutes like SweetLife®, and only occasionally having that delicious dark chocolate or dessert.

In addition, one of the most important things I can do to support my liver is to add a medical food as my morning protein shake that is specifically formulated to detoxify and support both Phase I and Phase II of the liver as well as the kidneys. The only precaution is that it is SO effective you should begin with only half a scoop rather than the recommended two scoops. If the liver begins to “dump” toxins too quickly then you may experience a healing crisis that can include overall lethargy, liver pain which usually manifests as a deep soreness in the region of the right shoulder blade (yes, the liver is so large this is the vulnerable part that usually creates a symptom to let us know something is happening in the liver). This medical food proprietary blend is not available over-the-counter.