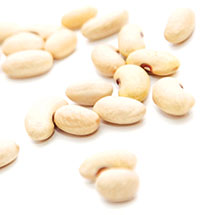 The world today is facing somewhat of a diabetes epidemic with over 340 million sufferers and growing— most of them outwards! The condition of diabetes can be broken down into two different types: type 1 and type 2. Those suffering from type 1 diabetes require insulin injections as their immune system incorrectly targets and attacks pancreatic cells that produce insulin. However, 90 percent of diabetics sufferers have type 2 diabetes whereby the body has become less responsive to insulin leading to dangerously high blood sugar levels. In this way, it is type 2 diabetes that is of primary concern in stopping the escalating rates of the disease seen in many countries worldwide. The irony of the matter is that diabetes itself is a very preventable condition and with a number of lifestyle changes—such as sufficient exercise and proper nutritional strategies, you too can avoid getting the disease. For those already diagnosed or who are in the prediabetic stage, there are also still many things to be done to improve and avoid exacerbation of your current condition.

Good Carbs, Bad Carbs
The predominant area of confusion regarding the diabetic diet surrounds carbohydrates. The question is; should a diabetic eat carbs or avoid them like the plague? The answer lies somewhere in between (doesn’t it always?), as carbohydrates are the predominant food group which have a direct influence on blood sugar levels in our bodies. In this way diabetics should generally look at the quantity of their carbohydrate intake as well as the quality—with emphasis being placed on choosing carbs that are low GI (low glycemic index) rather than a lowcarb one. The glycemic index refers to how quickly the body breaks down the food source into glucose.

High GI foods are quickly converted to glucose with typical examples being white bread, sweetened drinks, potatoes and biscuits. Low GI foods that are broken down more slowly in the body are best suited for diabetics. Food examples include highfiber grains like rye, milk (goat being the best choice), beans, berries and leafy vegetables. It is widely recognized today that our soaring rates of diabetes come down to a number of factors, one of the most insidious of which is the over consumption of high GI carbohydrates found in products such as fizzy soft drinks and snack foods, which are more often than not processed with little to no nutritional value.

Fructose
The consumption of fructose and similar sweeteners has more than quadrupled in the last century alone. Today, with the introduction of high fructose corn syrup (HFCS), this increase has accelerated even more dramatically; a phenomenon that parallels increased rates of diseases such as diabetes, hypertension, obesity and kidney disease. The importance of portion control for a diabetic is extremely pertinent when it comes to fructose consumption, as too much in one’s diet can greatly worsen one’s condition. Aside from the primary reason of increasing blood sugar levels, fructose consumption is also associated with a process known as glycation.

Glycation is a reaction that occurs when simple sugar molecules attach to fat or proteins without the aid of enzymes. This results in the formation of rogue molecules called advanced glycation end products (AGEs), which accumulate over time and are believed to be permanent. Not only can AGEs develop into major complications for diabetics, but they can also contribute to numerous other conditions such as heart and kidney disease. High intake of fructose contributes to increased levels of glycation in the body and therefore reducing one’s sugar and fructose intake would be a wise choice especially for those suffering from type 2 diabetes.

What’s Worse, the Treatment or the Disease?
Many diabetic drugs like Avandia can be extremely dangerous and even increase your risk of heart disease. In fact one study from the New England Journal of Medicine indicated that Avandia increases risk of heart attack by 43 percent and risk of cardiovascular death by 64 percent over patients treated by other means. Obviously it seems like a much wiser choice to look into other more natural side-effect free ways to reduce or reverse type 2 diabetes. Thankfully they do exist.

Starch Blockers and Gymnema Sylvestre
When an individual consumes starch and refined sugars, these foods assimilate into the bloodstream quickly, causing a spike in sugar levels. As well as reducing your starch intake, those suffering from diabetes may also do well to supplement with starch-blocking nutrients. For example, extracts from the common white kidney bean, phaseolus vulgaris, are potent blockers of the alpha-amylase enzyme—the enzyme responsible for breaking down starches into sugar. White kidney bean itself has demonstrated in numerous studies to prevent the blood sugar and insulin spikes associated with diabetes. Additionally it has demonstrated its ability in diminishing the effect of multiple high GI foods such as white bread. In one study, blood sugar levels were measured in a group of healthy individuals after consuming 50 g of carbohydrates in the form of wheat, rice and other plant foods. The white kidney bean extract was able to inhibit the average post-ingestion spike in blood sugar by a whopping 67 percent!

Another excellent supplement for diabetic patients is the sugar-supporting nutrient Gymnema Sylvestre of the Asclepiadaceae family. Grown primarily in southern India, this bitter herb has been used in the fight against diabetes since ancient times. Numerous studies today have corroborated its antidiabetic effects, as one study of 22 non-insulin-dependent diabetic patients showed that supplementation with Gymnema Sylvestre greatly reduced blood glucose, glycosylated haemoglobin and glycosylated plasma protein. Additionally, the dosages of conventional drugs could be decreased. Gymnema Sylvestre is even thought to be capable of regenerating pancreatic cells involved in insulin production. Thankfully an incredible product called Ultimate Starch & Fat Blocker contains both of these proven nutrients.

The Whole Picture
Though supplementing with starch-blockers and other herbs valuable for diabetics may help in diminishing the effect the condition is having on quality of life, they are by no means full-proof ways of stopping diabetes in its tracks. The importance of eating a diet balanced in low GI carbohydrates, fat and protein can simply not be underestimated. Though some may look at lower carb/lower GI diets such as the Paleo Diet as nothing more than weight-loss fads, there is solid scientific evidence backing them that highlights their potential health benefits.

As much as you can supplement, avoiding type 2 diabetes is also about making proactive changes in your day-to-day life and following a healthy diet. In addition, you should attempt to get sufficient exercise on a regular basis—preferably daily—as not only will this improve your health and happiness, it will also help you sleep deeper, allowing your body to rejuvenate and repair itself every night. It’s about looking at the whole picture; sure, the finer details count, but observing yourself and seeing ways to change is really what will prevent diabetes from not only taking the enjoyment away from your life, but from taking your life.