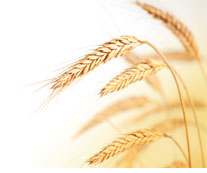 In the last 30 years of practice I have worked with a handful of individuals who had Celiac Disease (CD), but I have worked with hundreds who reacted to gluten and had Gluten Associated Diseases (GAD) as a result. Let me explain the differences and the whole spectrum of problems that gluten can cause in someone.

The main protein in wheat is gluten, which is made up of different gliadin proteins. All grains have glutens in them (including rice and corn), but the glutens that cause problems are pretty much only found in wheat, rye and barley. There are several gliadins in these grains that are quite resistant to digestion from normal digestive enzymes. These gliadins have a high number of proline and glutamine amino acids in them, which protein-breakdown enzymes from the pancreas cannot break down well. This results in long chains of the proline/ glutamine molecules sitting in the small intestines and causing inflammation. White blood cells get involved and begin to attack not only these molecules, but the intestinal lining as well. When your white blood cells attack your own body tissues it is called an “autoimmune” reaction. The big problems with this inflammation and attack is that the longer it goes on, the more damage it does to your ability to absorb all the nutrients you need to get from your food. For people with CD, the ability to absorb vitamins, minerals, fats and proteins is seriously reduced. But, I have found that people who have gluten reactivity, but do not have CD also have trouble absorbing certain nutrients including vitamin D.

Unfortunately, many in the medical establishment are turning a blind eye to those with gluten intolerance without the presence of CD. But, it appears that a great many people are now reacting to gluten, and with enough time, stress and gluten in their diets a great many of them could end up with CD. But even if they do not, they still experience a great number of other health problems including: fatigue, headaches, irritable bowel syndrome, other autoimmune problems (including multiple sclerosis, lupus and thyroiditis), osteoporosis, anemia, anxiety and depression, arthritis, Crohn’s disease, as well as a host of other problems. It is these “other health problems” my patients exhibit that are the most common presentation of gluten intolerance, and most of them went for years without help.

Spotting Gluten Intolerance
There are two easy tests to find out if you are reacting to gluten. The first is to take ALL gluten out of your diet for a few weeks and see how you feel. Not thrilled with that idea?

Well, then you can go to your local naturopathic physician or alternative medical practitioner and get tested for anti-gliadin antibodies. This can be done with blood (IgG anti-gliadin antibodies—done through all of the national reference labs) or with saliva (IgA anti-gliadin antibodies). I have often found that the salivary IgA antibodies will always be positive in those with gluten intolerance, but sometimes the IgG will not be. To have elevated levels of these antibodies means that you are intolerant to gluten AND that gluten is present in your diet. Simple. So, if tests indicate that the levels are elevated, stop all gluten and see how you feel. The most common improvement I have seen with my patients is that they report increased energy. Over time, many of the other health problems that they came in complaining about begin to go away as well.

Interestingly, NONE of these patients have had the other diagnostic markers for CD present (positive anti-tissue transglutaminase or anti-endomesial antibodies), yet they still get health improvements when they take out gluten.

What Can Help With Gluten Digestion?
Today 50 percent of the plant food consumed around the world is made up of only three plants: wheat, rice and soy. In the United States virtually all of the wheat comes from two individual species of wheat: triticm aestivum and triticum turgidium with the same strains of these two being used exclusively. Since we eat these same wheat species day-in, day-out, that means the same “antigenic signature” is showing up in our GI tract on a daily basis. When our digestion is compromised, or when we are stressed and have increased gut permeability, the immune system will begin to react to the foods that we eat on a regular basis. And since all wheat products that you eat in this country are virtually identical, then the body will just keep reacting. Every doctor whom I have spoken with who does a lot of food intolerance work will tell you stories of patients who are highly wheat reactive go to Europe for a vacation and come back reporting absolutely no reaction to the European wheat products. Why? They are different strains. They do not contain the same antigenic signature.

Of course, if the patient decided to move to Europe, then within a couple of years they would undoubtedly begin to react to that wheat as well. Just as someone with local airborne allergies can find relief for a couple of years when they move to a different part of the country. But as they stay in that location they slowly begin to become reactive to the pollens in the air of their new hometown. So, one of the obvious answers is to begin working with the person to reduce their tendency to react to the foods that they are eating.

Studies have now shown there are two major gliadin fractions that cause the majority of the immunological havoc in the small intestine. The digestion of the larger gliadin molecules are accomplished with carboxypeptidase and aminopeptidase that are produced by the pancreas. If one is not producing enough of these initial pancreatic enzymes then taking a good fungal-based combination protease would be an excellent idea. The two main gliadin remnants that are left after those peptidases do their job are the ones that cause most of the inflammatory and immune problems. This is because the intestines lack the enzymes necessary to take the breakdown process further. Fortunately some other fungal-derived enzymes have been shown to help from there. The first is dipeptidyl peptidase IV (DPP IV), which completes the breakdown of one of those main gliadin remnants. By taking supplemental DPP IV before any meal, this enzyme will be sitting in the small intestinal lining waiting for its proline-rich meal. Incidentally, supplementation is the only way to get DPP IV. It is not found naturally in the diet. I would also recommend taking more DPP IV with each meal to put more of the enzyme in the GI tract to complete the task.

The second enzyme is called prolyl endopeptidase (PEP), which was able to complete the breakdown of both of the main gliadin remnants (including the one metabolized by DPP IV). PEP is also a fungal-derived enzyme, but currently is only available in small batches for research trials. While we are waiting on that particular enzyme, DPP IV is currently being sold in health food stores across the country and can be used in ALL meals that contain any grains. Port Charlotte, Florida based enzyme company, Enzymedica, first introduced DPP IV to the natural products market. DPP IV is a very valuable supplement as gliadin-containing wheat can be in many foods without one being aware. It can also contaminate supplements, body care products, and is found in some household items such as adhesive envelopes and tape.

One of my patients was not absorbing the nutrients that I was giving her so I requested that we test her for anti-gliadin antibodies, which turned out to be positive. She had known that she was gluten intolerant and swore to me that she had been gluten-free for the previous five years. But, one cannot have a positive anti-gliadin antibody without having gluten in the diet. So, she agreed to give EVERYTHING that was going into her mouth the once over. To her great shock, she found that one of the supplements she was taking (from a large warehouse supply store) contained gluten. She stopped it, but it took six months before her intestines had healed to the point that she could absorb her nutrients again.

Summary
Gluten intolerance is far more common than CD, and should be checked for in anyone with chronic health problems that have not been amenable to treatment. Once the gluten has been removed, their symptoms should begin to improve. Anyone with this problem (and their relatives) should be taking DPP IV with their meals to prevent any dietary contamination with gluten from causing further problems. 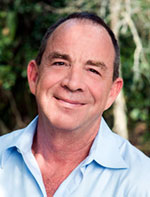 Walter J. Crinnion, ND, received his degree in Naturopathic Medicine from Bastyr University in Seattle, Washington in 1982 with their first graduating class. He then opened a family practice and began to specialize in allergies and in treating chronic health problems caused by environmental chemical overload. In 1985 he opened the most comprehensive cleansing facility in North America for the treatment of chemically poisoned individuals.

In 2001, Dr. Crinnion appeared three times with Barbara Walters on ABC’s “The View” and had a weekly Health Spot on Northwest Cable News from 1999 until 2003, giving viewers in Oregon, Washington and Idaho up to date information on nutrition and health. In March 2010, Dr. Crinnion's book Clean, Green, and Lean: Get rid of the toxins that make you fat was released. To read more about Dr. Crinnion and updates on environmental medicine news, articles and information visit his website.