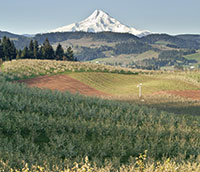 The importance of minerals in the diet was brought home to me years ago in the form of an animal study on the effects on serum cholesterol of dietary magnesium in diets that included either butter or polyunsaturated fat in the form of corn oil margarine. Pigs were chosen because their gastrointestinal tracts are very similar to those of humans and they respond to dietary factors similarly, as well. The surprising finding was that the level of dietary magnesium was more significant to plasma total cholesterol (TC), low-density lipoprotein cholesterol (LDL-C) and high-density lipoprotein cholesterol (HDL-C) levels than was butter or margarine. When the intake of magnesium was increased substantially (doubled) beyond what was assumed to be an adequate amount for pigs, there no longer was any difference in serum levels of blood lipids between animals ingesting the two different fats.1 The meaning of the study was clear. Mammals possess enzymes known as desaturases and these mineral-dependent enzymes are sufficient to control serum lipids within “normal” ranges. Helping the body to handle fats is merely one of the vast number of roles played by dietary minerals and trace minerals.

Unfortunately for us as Americans, not only do we generally not like to eat foods that are mineral rich, but also farming practices in the U.S. have reduced dramatically the vitamin and mineral content of common foods. For instance, according to the Nutrition Security Institute, an apple with its skin in 1914 might have supplied 28.9 mg magnesium whereas the same apple in 1992 supplied only 5 mg magnesium, a decline of almost 83 percent with declines continuing to the present day. Numerous researchers who have attempted to trace back the quality of our food versus earlier times have come up with similar findings. Nutrient declines on the order of 80 percent probably are not true across the board, but declines in the 20 to 40 percent range for many nutrients, especially minerals, may well be accurate. The costs of this undernutrition are huge. For instance, just this year Harvard researchers performing a metaanalysis of past magnesium studies found that Americans’ insufficient ingestion of magnesium (only 20 to 30 percent of us consume adequate magnesium) may account for 22 percent of risk of ischemic heart disease (IHD). Researchers also found that every 0.2 mmol/L increment increase in circulating magnesium was associated with a 30 percent lower risk of cardiovascular disease.2 There are vocal statin critics who point out that these benefits are far better than can be expected with statin use.3

A second issue that often comes up with minerals is the wrong attribution of benefits. Calcium versus magnesium is a good place to start. A number of epidemiological studies have suggested that calcium may protect against colorectal cancer. However, high calcium levels inhibit the absorption of magnesium. Moreover, according to Qi Dai, MD, PhD, and co-workers at Vanderbilt University, Americans have high calcium intake, but also a high incidence of colorectal cancer. “If calcium levels were involved alone, you’d expect the opposite direction. There may be something about these two factors combined—the ratio of one to the other—that might be at play,” said Dai. In his studies in those who had had this cancer, in individuals whose baseline calcium-to-magnesium ratio was low, there was a 32 percent reduced risk of recurrence compared with those whose baseline was high.4 In other words, we Americans may be consuming too much calcium and, in the process, reducing the bioavailability of magnesium from diet and supplements.

What About Trace Minerals?

Calcium, magnesium and phosphorus are considered to be the macro-minerals. The trace minerals include iron, zinc, iodine, copper, selenium, manganese, fluoride, chromium and molybdenum. Silicon currently has an indeterminate status, with some important researchers arguing that this element is essential. Chloride, sodium and potassium are classified as electrolytes. Although we tend to think of minerals in conjunction with the body’s structural components, chiefly the bones, in fact, minerals are key to catalyzing hundreds of biochemical reactions involving proteins, carbohydrates and fats. Several key antioxidant enzymes produced by the body require the presence of trace minerals, such as copper, zinc and manganese.5 A very large number of other minerals and trace elements, such as boron and vanadium, exist that may be said to influence human physiology. Note that many companies use trace “element” and trace “mineral” interchangeably. However, an element is member of the small number of different atoms that make up all matter; a mineral is a homogeneous inorganic substance, not necessarily a pure element, with a particular crystalline structure.

Trace minerals often are essential for the body’s efficient use of the macrominerals. Therefore, boron and silicon are added to supplements for bone health because boron and silicon assist in the utilization of calcium.6,7 Silicon is similarly important for the production of cartilage, hence for the health of the joints.8,9 Zinc, copper and manganese are involved in the body’s production of the antioxidant superoxide dismutase (SOD) and selenium is important for the production of the antioxidant glutathione. Chromium and vanadium have been shown to aid in the regulation of blood sugar levels. In the case of chromium, binding the mineral to organic ligands such as niacin or citrate much improves this effect. More generally, trace elements are said to be important for bone and joint health, to control of electrolyte and fluid balances, support the health of the skin and hair, aid in the assimilation of calcium, protect cardiovascular and general circulatory health, and improve immune functioning. Dosages depend on each particular trace element and generally range from the micrograms to no more than 30 milligrams.

Some trace mineral sources are very high in sodium, an element that few Americans need more of in their diets. Similarly, many “natural” trace mineral sources, especially colloidal minerals and mined sediments, “naturally” have undesirable levels of aluminum, arsenic, barium, cadmium, lead and thallium. Therefore, it is necessary to look for an indication of heavy and toxic mineral content in trace mineral products.

Information continues to accumulate on the relation between the intake of trace elements and cancer. For instance, a Japanese study suggests that a slightly higher intake of zinc and selenium protects against gastric cancer.10

Absorption Issues
Some trace mineral sources, such as concentrates from the Great Salt Lake, improve digestion. However, mineral clays and other mined sources depend heavily on the body’s own production of hydrochloric acid for assimilation. Similarly, plant and “gel” sources of silicon are controversial in terms of the quality of assimilation. Trace minerals are usually best taken with meals for this reason.

Another point of contention is “colloidal” versus other mineral forms. By definition, colloidal minerals are actually suspended in their liquid carriers (it makes no sense to speak of “dry” colloidals). Expert opinion is that the assimilation of minerals requires that these either be in ionic form or attached to a carrier which itself readily crosses the gut lumen into the blood stream.

Consumers should keep in mind that more is not always better with trace elements. Too much selenium, for example, reduces the antioxidant activity of glutathione.11 Similarly, too much fluorine increases cancer risks.12 Finally, be aware of the fact that there are important ratios between minerals, such as between the intake of zinc and copper that need to be maintained. For instance, too much copper suppresses zinc levels and vice versa.