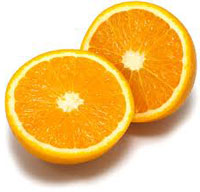 It is easy to overlook the health benefits of common foods, especially if, as is true of the orange and other citrus fruits, we typically consume only the juice. Yet components found in the pulp and peel of citrus fruits long have been known to offer a variety of health benefits. More interesting still is the fact that one or more compounds found in citrus rinds can be turned into even more potent health protectors with a little help from science. Diosmin is a good example of a health protective substance already found in nature that today is produced by taking the common citrus flavonoid hesperidin and converting it to an even more potent compound. As a result, diosmin is available as a supplement to provide benefits against a variety of ailments. Common to most of these complaints is the fact they involve poor circulation and the veins.

Although the circulation usually is associated with cardiovascular health, a whole slew of other—and notoriously annoying conditions related to the veins—respond nicely to diosmin supplementation. Under the overarching category of “chronic venous insufficiency,” these conditions run from easy bruising, edema, restlessness and swelling in the legs to varicose veins and hemorrhoids. Diosmin provides a safe, natural solution worth trying for these and related ailments.

Poor circulation means various things. Cold hands and feet may indicate poor circulation. Varicose and spider veins by their very existence indicate that circulatory issues exist. Edema, which is often experienced as puffiness and heaviness in the lower extremities, arises from the leakage of fluids across the walls of the capillaries and generally indicates poor circulation. Hemorrhoids are another form of poor circulation. In all of these conditions, the structures that make up the capillaries and the veins have lost a portion of their integrity. This allows blood to pool, fluids to pass into the tissues, and inflammation to develop. Circulatory and venous issues, moreover, are not merely “cosmetic.” Current research has begun to stress that cardiovascular diseases are caused, at least in part, by localized inflammation in the arteries of the affected parts of the body and, likewise, by damage to the structure of the artery walls.

Circulatory problems are amazingly common. Indeed, varicose veins alone afflict one half of all adults past middle age. The condition is so common that in the United States and Great Britain it is largely accepted that the development of venous problems is merely another age-related decline. Many of our everyday activities—or a lack of activity-exacerbate circulatory problems. Stress tends to reduce circulation as the “fight or flight” response closes down blood flow to the extremities. Long bouts of standing or sitting in one place cause a pooling of blood in the legs and can cause damage to the capillaries and veins, thereby resulting in edema in the feet and lower legs. A reduced basal metabolic rate (the energy production of the body at rest), likewise, slows circulation and can lead to cold hands and feet, especially if combined with stress.

Varicose veins are typical of damage to the circulatory system which we suffer as we age. By definition, varicose veins are those that are permanently dilated and bulging. Varicose veins are due, in large degree, to structural failures in the one-way valves which line the veins and the subsequent damage to vein walls, which then “balloon” into the surrounding tissues. To be sure, varicose veins offer no great health risk unless they are unusually large. The general loss of muscle tone in the walls of veins is common as we age. Obesity and pregnancy place special stresses upon the veins of the legs. More generally, occupations which call for extended stretches of standing in place are damaging to the veins of the legs. It is not walking, but rather prolonged standing which is damaging. Walking actually uses the muscles of the legs to improve blood flow. Even sitting for long periods without moving can lead to a pooling of blood in the legs and thus to increased pressure, which may damage the veins. Women are about four times more likely than men to have varicose veins. Pregnancy and occupations more typical of women than men account for part of this. The sex-linked lesser degree of muscle tone in women’s legs may account for the rest, just as cellulite is found in women rather than in men due to a differing matrix of structural support in the tissues.

More annoying than varicose veins are hemorrhoids. It is often claimed that hemorrhoids are really a special type of varicose vein. However, these blood vessels do not contain the one-way valves which are typical of veins. Rudolf Weiss in his book Herbal Medicine observed that experiments suggest hemorrhoids have some relation to the arterial system and, for this reason, can be more difficult to treat than varicose veins. Modern anatomy finds hemorrhoids do, in fact, involve vessels which are returning blood to the heart and thus are veins, albeit unusual ones.

Popularized medical accounts of hemorrhoids and their treatment seem to share this confusion. Robert M. Giller and Kathy Matthews in their book Natural Prescriptions claim that four out of five Americans will suffer from this condition during their lives. However, Julian Whitaker in Dr. Whitaker’s Guide to Natural Healing, places the figure as one out of three Americans, with the proportion rising to nearly one in two for those who are over fifty years of age.

As is true of varicose veins, hemorrhoids have many possible causes. The lack of fiber and the refinement of the diets found in Western industrialized societies appear to be strongly contributory to the development of hemorrhoids because this type of diet induces an increase in straining during defecation. Other possible factors are any which might push the pressure in the rectum beyond its capacities. These include pregnancy, coughing, sneezing, vomiting, physical exertion, portal hypertension due to cirrhosis of the liver, even excessive standing or sitting.

It should be pointed out refined diets may be significant for more than their lack of fiber. Rutin and hesperidin, two natural bioflavonoids, are sometimes used successfully as part of the treatment of both varicose veins and hemorrhoids. Pycnogenols or oligomeric proanthocyanidins (from grape seed extract) are similarly used. This suggests a dietary lack of plant antioxidants which have a protective affinity for collagen-based structures, such as the veins and the arteries, may be important for the development of venous problems.

Dilated superficial veins in the lower extremities are the most common diagnostic criteria for chronic venous insufficiency. Chronic venous insufficiency is found in at least two-thirds of patients with leg ulcers, and therefore this condition should not be dismissed as being merely cosmetic. Other symptoms may include leg fatigue, aching discomfort, a feeling of heaviness, or pain. Edema is not uncommon in older patients. Along with ulceration, there may be pigmentation of the affected sites. Medical assessments may find abnormal phlebography, phlethysmography, and Doppler ultrasonography assessments. Localized inflammation is concomitant with many of these symptoms.

Diosmin is a natural remedy suitable for amelioration of the symptoms of the various manifestations of chronic venous insufficiency. This flavonoid first was isolated in 1925 from the knotted figwort (Scrophularia nodosa L.) and introduced into therapeutic practice in 1969. “Diosmin’s mechanisms of action include improvement of venous tone, increased lymphatic drainage, protection of capillary bed microcirculation, inhibition of inflammatory reactions, and reduced capillary permeability.”

Support for diosmin’s benefits can be found in a number of clinical trials. For instance, in one study carried out across 23 countries and involving 5,052 patients over a period of two years, it was found that 450 mg diosmin combined with 50 mg of hesperidin daily for six months led to clinically-significant improvements in the conditions associated with chronic venous insufficiency and varicose veins. These included pain in the legs, heaviness, a sensation of swelling and cramps. Even the much more serious conditions characterized by venous ulcerations and delayed healing responded to a higher level of supplementation. In a randomized multicenter trial, compared with standard ulcer management alone, the addition of 900 mg diosmin and 100 mg hesperidin almost doubled the percentage of patients experiencing complete healing of the ulcers. As opposed to only 28 percent in the conventional treatment group, 47 percent of the group receiving diosmin experienced healing of ulcers less than 10 cm in diameter.

Hemorrhoids, similarly, have been shown to respond to treatment with diosmin. Patients ingesting 450 mg diosmin combined with 50 mg of herperidin twice per day (in the form of one tablet two times per day) for two months exhibited improvements in pain, discharge, edema and bleeding compared with controls in a double-blind, placebo-controlled trial involving 120 subjects.This is but one of several clinical trials with similar findings.

Diabetics as a group experience certain more serious conditions under the heading of diabetic complications for which diosmin is helpful. Reduced blood flow, increased glycation and signs of oxidative stress are parameters that have been clinically tested. Diosmin even may normalize capillary filtration rate and help to avert ischemia in diabetics.

Returning to the issue of edema or fluid retention, it should be understood this often can involve not just venous and capillary leakage into the surrounding tissues, but also poor performance by the lymphatic system. The lymphatic system is a non-blood system of drainage of fluids from the tissues. Diosmin has been shown to act on the lymphatic system by increasing lymph flow and lymph pressure. In practice, this means not just improving drainage in the lower limbs, but also reducing upper limb volume in conditions of swelling.

What about use as a supplement? Safety is not an issue with diosmin—long-term trials with animals have shown no side effects even with intakes representing 35 times the suggested intake by humans. Typically, diosmin is taken at the rate of 500 mg twice daily. For some purposes, a loading dose of 1,000 mg three times daily for four days is recommended, followed by 1,000 mg twice daily for three days, and a maintenance dose of 500 mg twice daily for two months. What this means is that for most purposes, there is remarkable benefit in the areas of vascular-protection, chronic venous insufficiency, hemorrhoids, lymphedema and varicose veins with one small tablet taken two times per day.

It is enough to make an orange proud.