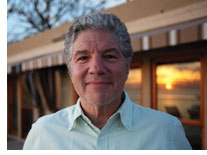 Readers it is a great pleasure to introduce you to long-time friend Doug Kaufmann. A man ahead of his time with a great deal to offer us all. Many people are plagued by health problems of which the causes elude their healthcare providers. Doug has authored books on health, hosts a daily TV show “Know the Cause” and website to help people get to the bottom of their elusive aliments. Doug Kaufmann knows the cause and wants to help you.

THO: Doug it’s great to talk with you.

DOUG: Your dad and I go way back and I’m thrilled to see you following in his footsteps. From the looks of Total Health recently, I see that the apple never falls far from the tree! Great work.

THO: Doug you have a very interesting story, would you please tell our readers a bit about yourself and the evolution of “Know the Cause.”

DOUG: I’ll compress 40 years into my response. I was trained as a Hospital Corpsman in the U.S. Navy and in 1970, left for a stint in Vietnam, attached to the 7th Marine Division. Upon coming home from Vietnam in 1971, I had strange health problems. I took a job working with a researcher at USC Medical School and during that period I began researching my own health problems at the library on campus. What I discovered was truly amazing in 1972, but even more amazing and relevant today.

Apparently, I had been exposed to fungi and mold while overseas. Many species of fungus make poisonous by-products called “mycotoxins.” Today, we know how injurious these mycotoxins are, in that one is even known to cause liver cancer. They effect the liver, kidneys, brain, circulation and heart and virtually every other tissue in the body, yet even today physicians are unaware. I learned these fungi were parasitic and it all began to make sense to me. Something made its way into my body and that is why I felt so bad all of the time! Worse, that something was being fueled by my diet. Further searching confirmed that fungi thrive in a carbohydrate rich environment. Remember, I’m 21 years old, just back from Vietnam and my diet consisted of beer, bread, pasta, potato chips and Oreo cookies…all carbohydrates! Determined to get to the root of my health problems since doctors had offered me only steroid treatments, I tried changing my diet to exclude what fungus ate. The first few days were horrible. In about one week, I became the old Doug Kaufmann!

THO: We know that after your personal success with your own illness you planned on sharing what you had leaned with physicians in hopes of helping them be more prepared when facing patients with similar problems. I know this had a major impact on your journey, tell us about that experience.

DOUG: At the risk of being insensitive, let’s just say that it was very difficult teaching physicians anything their medical education may have overlooked. With prescription pads going all day and thousands of chemicals being dispensed to their patients, I felt very few took a genuine interest in the etiology of their patients health problems. Rather, I saw they had become almost robotic in their dealing with sick people. A few pokes and prods, maybe reviewing some lab tests and in five minutes out came the prescription pad. For years I studied the habits of doctors and then one day I was invited to relocate from Los Angeles to Dallas, Texas and assist a prominent dermatologist who had seen my “anti-fungal” successes over and over again in people with skin diseases. David Weakley, MD was Johns Hopkins educated and had a very large practice in Dallas. He challenged me on many occasions and when my diet together with his antifungal medications worked so well for not only skin diseases, but also many other health problems, the deal was struck to get me into his office. Dr. Weakly had other physician friends who witnessed our success while using a “one-two approach” (starving the fungus and killing it simultaneously) to symptoms of unknown causes and soon several physicians began referring their difficult patients to us. This one doctor at a time approach worked, but it was very slow. There just had to be a better way.

THO: Your new mission, “to educate the consumers of healthcare” is our mission as well. With all the troubles facing healthcare in our country, the individual really needs to become his/ her biggest advocate. Where do you recommend they start?

DOUG: It took me 24 years and seeing thousands of sick people with many open minded physicians before I was able to confirm that fungus can absolutely kill a person. Prior to death, however, fungus mimics virtually every symptom and disease known to doctors. One of the greatest lessons I learned however is that we are 100 percent in control if fungus is contributing to our symptoms or diseases. This is also what many readers have learned from Total Health magazine throughout the years!

According to science, our grain supply in America is “commonly contaminated with mycotoxins.” I decided to stop eating grains and felt so much better! Conversely foods like broccoli and berries and many other have potent anti-fungal properties! Greens like spinach have now demonstrated the ability to neutralize these poisonous mycotoxins. In essence, Hippocrates was right in that food can be our medicine if we eat the right foods! This being the case, if my doctor had been unable to help me get rid of my health problems, I’d totally change my lifestyle including diet, exercise, supplementation and stress levels for 30 days and see if that didn’t help. It is a wonderful thing to discover that much like a volume switch, we control not only our bad health, but also our good health!

THO: Let’s talk about “Know the Cause” and fungus. Tell us about prevalence of fungus, some of the many problems caused by fungus, what people need to be aware of and the general lack of knowledge both in the traditional medical community as well as the public at large.

Could the same yeast that makes bread rise also make us rise? Is this obesity epidemic we see in America caused by yeast? Few physicians know that the penicillin based antibiotics are themselves mycotoxins and are used as growth promoters in cattle, chickens and other farm animals. Who denies these antibiotics aren’t also promoting our growth? I have little doubt that cancer and fungus have much to do with one another. As an example, within the past few years, breast cancer has been scientifically linked to a high carb diet, antibiotics and alcohol of any kind. How I wish that just one of our researchers saw the common thread in these discoveries that I do; as referenced earlier, sugar and the grains in our high carb diets are commonly contaminated with mycotoxins, antibiotics ARE mycotoxins and alcohols are mycotoxins formed from brewers yeast. Yet the diet link to disease and the fungus link to cancer are scoffed at currently in medicine.

THO: Your TV show is called “Know The Cause.” Is “the cause” fungus?

DOUG: I can think of no other disease causing germ that has been so thoroughly overlooked as the cause of illness in the world as fungus. Physicians learn of vaginal yeast infections, nail fungus and ringworm and very little else about fungus. If I am correct that many major diseases are intimately linked to fungus and that most physicians are unaware, there exists a disparity of epidemic proportion. The TV show was born out of necessity. Rather than training physicians about the dangers associated with fungus, a process that will likely take a century, I could now offer my opinions directly to their patients. When you give a man a fish, he eats for one day. But teach him to fish and he eats for the rest of his life. The same can be said of medicine. When you teach a doctor to heal their patients, their practices will flourish and their patients will thrive…without prescription pads although anti-fungal medications might soon overshadow all other medications.

THO: How does one know if his problems are linked to fungus?

DOUG: If you’re brand new at this and you’re taking prescription medications, yet still suffering, it is imperative that you find a physician to help you. Chemicals change the physiology of the body and even foods might act differently on people who are taking many medications. The brilliance rarely lies in placing a person on medication, rather in getting them off of it!

I had a friend many years ago with terrible blepharospasms, or eyelid twitching. This went on for many years and had begun to consume him in that his eyelid was constantly twitching. Medications failed him. One day he asked me about this diet I had developed and decided to give it a try…what did he have to lose? Within three days, his blepharospams had entirely cleared up. They come back only when he falls off of the diet. What’s “the cause?” Many mycotoxins including penicillin, are neurotoxins! Indeed a history indicated that he had taken antibiotics for years for sinus infections (yet another condition now documented as being linked to fungus).

With your doctors approval, give the diet a try! In lieu of prescriptive anti-fungals, know that most supplements have anti-fungal properties. Ask your doctor if you can take a few olive leaf capsules with each meal and make certain that the meals are not fungus friendly.

DOUG: Over 100,000 people tune into “Know the Cause” daily now in America. We have so many wonderful testimonials taken from real people whose lives have been restored thanks to the elimination of fungus. Most importantly, I know there are dozens of physicians now that are learning to truly heal their patients. Health food stores and magazines like Total Health have done a magnificent job of introducing their clients to doctors who understand that graduating from medical school represented a start to their education, not a stop. Our phones seem to never stop with inquiries and thanks.

THO: Any final words, Doug?

DOUG: So often we are told our bad health is beyond a doctor’s ability to help us, and that may be the case. It is fortunate that so many find magazines and websites like the one you’re on right now.

I have a favorite saying that applies to this topic of fungus and ill health; “If you always do what you’ve always done, you’ll always get what you’ve always gotten!” Are you taking blood pressure pills but your blood pressure is still too high? Your migraines aren’t responding to medications any more? Have you been told that diet isn’t playing a role in your health problems?

As you begin to study fungus, know that medical schools continue to lag behind in teaching your doctor about this pathogenic germ. Knowledge that you spend time acquiring now could be lifesaving!

THO: Thanks for your time Doug. I’m sure this discussion has piqued the interest of our readers and now they have a place to go for more information, www.knowthecause.com.