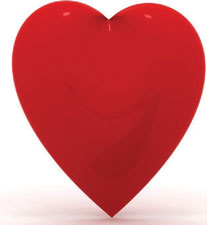 Valentine’s Day epitomizes this universal theme and interestingly, after Christmas, is the most popularly celebrated holiday in the United States and many other parts of the world. Approximately one billion cards are exchanged each year on Valentine’s Day.

The Origins of Valentine’s Day
How Valentine’s Day began to be celebrated is unknown. There are many stories about its origins that date back to ancient Rome. However, it’s most probable origin can be traced to the early Catholic Church, which identifies a priest named Valentine who lived in the third century in Rome and was martyred and sainted for his zealous defense of romantic love. At that time, marriage had been outlawed by Emperor Claudius so that men who were otherwise of a marriageable age would be unattached and could be conscripted to serve in his army. Valentine felt the decree to be unfair, so he defied it by continuing to marry young lovers in secret.

By the seventeenth century, Valentine’s Day was celebrated in Great Britain yearly, and spread to colonial America. By the middle of the eighteenth century the British developed the custom of sending tokens of affection and handwritten notes to their lovers and also sending gestures of affection to members of their family and friends. In honor of the martyred priest, the notes were signed “From your Valentine.” With the advent of affordable printing technology, beginning in the nineteenth century printed Valentine’s Day cards replaced the hand-written notes.

When Eros, the force of love and sexual attraction, takes hold a person will lose control of their rational thinking mind. They become consumed by thoughts all day and night of the object of their desire. It’s compelling energy obeys no rules and is more powerful than society’s morals at any given moment. At best, Eros makes a person struggle between giving into, or trying to temper, their passionate urges. Eros is the cause of countless affairs and ruined marriages. It is the stuff of romances and of the love stories that live on in our minds and hearts as, they capture the essence of our own primordial feelings.

For example, we might ponder the powerful emotions of Romeo and Juliet who both died for the sake of a love that could not be fulfilled because of the social mores of their day. In “real life” we might think of Edward VIII, heir apparent to King of England who, prior to his impending reign, caused a national crisis by declaring that he was forfeiting his right to the throne because he was going to marry Wallis Simpson, an American divorcee (who was seeking a divorce from her second husband). Edward abdicated the throne rather than end his love relationship. We can ponder at the power of his love and desire for Wallis as Edward broke with the conventions of his day and turned down a position of enormous prestige and power.

Metaphorically, when Cupid shoots his arrow we are struck with the sudden awareness that we have fallen in love. Often this occurs when we least expect it. It is that “Aha” moment when we realize we are enamored with another and we suddenly see them in a different light. In our ordinary daily lives, we are typically absorbed within our thoughts which are primarily fretful concerns, hopes, and worries. We often feel separate from others and our daily lives feel flat and mundane. Then, out of the blue, we are struck by Eros and become consumed within a personal drama, obsessed with thoughts and fantasies of the one we adore.

It is not only political leaders who have risked it all. Our history as well as, current news, is replete with stories of people in all walks of life who, having worked hard for success, suddenly surrendered it all when the force or Eros strikes. We have all witnessed or heard stories about it in spiritual groups, businesses, schools and every aspect of human life: the force of Eros is so potent that it can easily overtake anyone.

The Gift of Eros
Notwithstanding these travails, Eros, one of the strongest forces in the human psyche, is a gift from Nature, which bonds us to another and makes us surrender to the ecstasy of love so that in the mutual merging both can play in paradise. It is Nature’s way of making sure we procreate and is also a psychical body/mind experience that takes us out of our predictable and familiar mode of being to an extraordinary high. We leave our ordinary minds and enter a more exalted state of mind where we long for sweet surrender with another. Our hearts open, we are sexually excited and a dream-like quality softens and envelops us. We are kinder to others and feel more in tune with life. We are enveloped in a delicious, heavenly energy that carries us through our days. Our minds replay images over and over of the one we adore. We long to unify with them in order to experience a high state of love.

Love is truly an aphrodisiac and when we are in love our brains release addictive biochemical substances. It is Nature’s way to bring partners together in order to bond. Researchers found that the same areas of the brain activated by various “feel-good” drugs are also activated when one is in love. Dopamine, a neurotransmitter, is released in both which, affects the pleasure and motivation centers of the brain. It induces a sensation akin to a controlled-substance-induced high. That is why Eros is so addictive and hard to tame. When these “love” chemicals flood us we experience a taste of the divine.

Image: The Cosmic Dance of the Feminine and Masculine
In nature there is an ongoing eternal play between the masculine and the feminine elements. We can see it in the mating dances of all the creatures on the earth and metaphorically in the elements of the earth such as in the feminine waters that flow and the masculine rocks that are firm. In humans, this dance is often experienced by both men and women as an oceanic experience in the play of sea-water against rocks.

This following image instruction, which, you can see and enjoy in your mind’s eye, will provide insight into what happens when the feminine and masculine come together. It is personifies the endless dance between them both and will bring you to a deeper understanding of your own Eros nature.

When following the instructions below you can keep your eyes open or closed. Read each instruction and allow an image to be formed in your mind’s eye. As you see the image, notice your body sensations and any feelings associated with it. Allow whatever meanings to surface.

Cosmic Dance of the Feminine and Masculine: