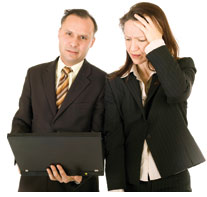 Contained within our psyches is a storehouse of natural strength, vitality, creativity, and power. We are all born whole and complete with unique gifts and natural abilities. Each of us has an inherited genetic blueprint of distinct potentials stored within our brains, which holds our pure untainted nature. As babies, we are born whole and complete with all our powers intact. Babies and toddlers interact with the world with joy, playfulness, curiosity, openness and express the truth of what they are feeling, whether in laughter, tears, tantrums or just saying “no” to something they don’t want to do. They are free and unencumbered. If nurtured properly, their abilities and strengths naturally grow and flourish. However, as we grow and interact with the world, life’s inevitable disappointments, conflicts and painful experiences can intrude upon us and inhibit the free expression of our potential. Thus, our natural gifts become obstructed in subtle or overt ways.

Most people retain many of their natural gifts and abilities and utilize them in their lives. Yet, they also carry the limitations that were placed upon their original capacity. For example, in response to a trauma or to negative experiences, we might develop fearful or angry responses to future similar life situations, whereas prior to it we were relaxed and confident.

This process is similar to what happens in nature. Imagine an acorn, which has all the genetic information inscribed within it to produce a huge, lush oak tree. The acorn is planted, and as it grows, polluted acid rain intermittently falls upon it, partially poisoning the tree as well as the soil in which it grows. Deprived of constant pure water, the oak tree loses robust and becomes weaker than nature intended. Yet, if the injured tree is once again consistently watered with pure water and its soil is properly nourished, it will revive, grow new leaves and return to its original capacity. As part of nature, our growth process is similar to that of the tree. No matter how diminished we may have become, the DNA of our original nature remains encoded within our brains and can be restored.

Dr. Akhter Ahsen, leading theoretician in the field of Eidetic Image Psychology, discovered we are all born with twelve basic abilities that are part of our natural self. The twelve abilities are the following: feeling happy, alert, active, eager, excited, interactive, hopeful, showing initiative, being explorative, battling to overcome obstructions, openness and resourcefulness. When we feel intact, we are able to utilize all of these powers and deal with the world from a position of strength and with a holistic feeling.

By the time we are adults, some of these qualities may have been diminished for a host of reasons. For example, we may have had the most loving of parents, but all parents come with flaws from their own life experiences, which, when inadvertently triggered, may negatively impact their children. Thus, a loving parent who was neglected as a child may constantly hover over their child thinking this is how to love them. Such “smother love” may, however, leave their children feeling insecure in relying on their own abilities. Or, at school, one might suffer scars from being teased by other children or have a teacher who humiliates or scares them inhibiting their learning capacities. Whatever the case, unavoidable and often universally similar life events can cause us to close down or suppress our original abilities.

However, the good news is any such damage is reversible. Dr. Ahsen developed the means to retrieve a person’s original wholeness, much like the tree mentioned above, through a methodology called Eidetic Image psychology. In this manner, one can overcome the impact of their negative life experiences and bring forth states of their original wholeness to deal with any difficult life situation.

Eidetic images are radically different from other types of images such as dreams, fantasies, hypnosis-induced images, or visualizations or other guided memory images in that there is no possibility of “distortion” or of “making them up.” They are retrievable holographic images of actual life experiences stored in specific locations in the brain. They are not only visual, but also contain feelings, body sensations and subtle meanings. One of their most important features is once one’s unadulterated response that was initially suppressed at the time of an injurious life event is retrieved, the person’s suppressed powers resurface.

For example, a person raised by an overly critical parent may become tense and a perfectionist, thereby negatively affecting their adult work-life and personal relationships. Seeing and working with the Eidetic Images of their childhood, they can retrieve their unique and original sense of competence and regain a force or strength that frees them from their history of fear of imperfection.

Following is an example of a woman who used an Eidetic Imagery technique in dealing with a difficult work situation called an “Emanation of Self.” Emanation is an ancient concept, stemming from “emanates,” an old Latin term meaning “to come out.” And, that is what the Eidetic Imaging technique does. It allows one to clearly see any situation in which they feel powerless and then see a “new self” come out in which the person’s original self is retrieved to handle any situation.

Sally’s Story:
Sally, a lawyer I worked with, complained of feeling frustrated with her job. She was beginning to hate going to work and had lost her sense of passion. When I questioned her about it, she said that the problem was her boss with whom she had to work closely. According to Sally, her boss was critical and quick to anger. He never complimented her for the work she did. When she would spend hours doing exhaustive research on a case to cover all possible facts and she knew that the level of competency of her work was superb, her boss would just accept the work without comment. When she overlooked a minor fact in analyzing a client’s problem or displeased him in any way, he would criticize her and blow up in a rage. She said, “When he blows, I just shut up and let the storm pass, but I end up feeling dejected and with knots in my stomach. I just want to run away.”

Sally said she felt she was reaching a dead end. She felt powerless in dealing with her boss and asked me to help her find an answer to her dilemma. I asked Sally to take a few moments and close her eyes, and see the following images:

We constantly receive bits of “unconscious” information about other people through subtle body language, facial expressions and moods. These sense impressions are stored as images in our brains and, when accessed, will reveal to us the likely changed reactions we will engender from the difficult person when we change our behaviors towards them.

Within Sally’s brain was a storehouse of information about herself and her boss which the Eidetic Imagery revealed. Sally saw she had been interacting with him from the narrow perspective of her historical insecurities. Once she found her true voice, the dynamics with her boss instantly changed. When Sally spoke to her boss in a secure and forthright manner, she saw his respect for her. He had not admired her weakness, which was the signal he had been getting from her.

In another situation a mother complained she could not get her child to do his chores. He constantly sat in front of his computer and no matter how much she yelled he would not listen to her, rendering her powerless. When she did the Emanation Exercise, she saw another self that was calm, not yelling. She saw that “new self” walk over to her son and touch his shoulder. She then asked him to take the garbage out in calm voice. In her imagination, the mother saw that her son responded to her “new self’s” touch and calmness and got up and did what she asked. The exercise revealed to her how to interact with him effectively.

Emanation of Self Exercise: