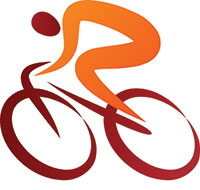 Pelvic pain is common in the public in general, but especially common in those with CFS and fibromyalgia. Unfortunately, many patients are embarrassed to bring these up at their doctor visits and even when they do, physicians are often unfamiliar with these problems. In this article, we’ll focus on prostatitis and prostadynia.

Even in the absence of a full blown attack of prostatitis, which is usually not subtle and is easily diagnosed and treated, prostate pain is fairly common in men. When no infection is found, it is called prostadynia. It is also known as chronic nonbacterial prostatitis, or chronic pelvic pain syndrome (CPPS). Unfortunately, when doctors do not know what is causing a problem, we often presume it must be psychological (i.e., “I don’t know what’s wrong with you, so you must be crazy!”). This is what has occurred with prostadynia.

I suspect that prostadynia often occurs because of subtle infections that don’t show on standard tests for infection. These commonly include fungal infections and/or other slow growing antibiotic sensitive infections. In the latter case, the prostate is mildly boggy (indents like a ripe fruit) instead of firm and is tender on examination; to the patient without prostate problems it normally feels like one has to pee, but the prostate is not tender or painful when pressed. Unfortunately, most doctors consider such an exam normal despite you’re having prostate symptoms. These symptoms include urinary urgency without there necessarily being much urine present, and a burning sensation when you urinate. The discomfort is often felt on the tip of the penis. Because the infection is not overt, most doctors offer no treatment.

My suspicion is this is indeed an infectious problem in many cases. This suspicion is bolstered by a recent study showing that MepartricinÂ®, an antibiotic with antifungal and anti-parasitic properties, given 40 mg a day for two months decreased symptoms in patients by 60 percent. The study does not totally support infection as the cause, however, because the medication also lowers estrogen levels in the prostate and can work in that way as well. In the study, the authors theorized that lowering estrogen caused the improvement. My experience, however, shows that patients also improve with antibiotics and antifungals that do not lower estrogen. Treatment needs to be given for many months, since anti-infectious agents have difficulty getting into the prostate. Medications that help urine flow in prostate enlargement (called alpha blockers; e.g., Flomax) also help prostadynia when combined with the antibiotics.

The bioflavonoid vitamin quercetin 500 mg twice a day also decreases prostate symptoms in both prostadynia and prostatitis. In one study, 30 men with severe prostadynia lasting an average of 11 years were treated with either quercetin 500 mg twice a day or a placebo for one month. There was an average 37 percent decrease in symptoms with over two thirds of patients feeling they gained a meaningful benefit. Add a trial of the anti-pain herbal Curamin one tablet 3x day for six weeks, and then as needed.

Though sometimes frustrating, prostadynia can be treated.