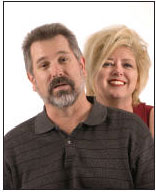 Statins are one of the most prescribed classes of drugs on the planet, and are given primarily to lower cholesterol. The most famous of the statins are Lipitor and Zocor, but there are plenty of others. Technically known as HMG-coenzymne A-reductase inhibitors—they slow down the process by which your body makes cholesterol, thus lowering the total amount in the bloodstream.

I’ve been arguing against the universal use of statin drugs for several years now, but I’ve felt like the kid at the parade who kept saying the emperor was naked even as all the “grown-ups” continued to admire the emperor’s sartorial elegance.

Among the arguments I and many of my esteemed colleagues have made include these (pay particular attention to number 4):

Well, it’s probably too early to be jumping with glee, but there are signs—small ones, admittedly, but signs nonetheless—that these ideas are beginning to creep over into the mainstream media.

The latest good news is an article in Time magazine by Catherine Elton which says, among other things: “…there is little evidence that (statins) prevent heart disease in women” and goes on to ask the question, “If statins do not help prolong women’s lives, why are so many women taking them?”

One answer is that most doctors in America have about 7 minutes to spend with a patient and practice medicine by formula. “High cholesterol? Prescribe a statin.” Next patient, please.

I suspect that most docs don’t even know that the old division between “good” and “bad” cholesterol is woefully out-of-date. We now know that there are at least 5 different types of LDL (so called “bad” cholesterol”). LDL that looks like big puffy cotton balls is harmless. LDL that looks like little hard BB-pellets is atherogenic. Nonetheless most docs simply look at “LDL” as if it is all the same—which it’s not.

Another reason so many women are put on statins is what Time magazine called “The prescription Gender Gap.” Gender-based medicine takes into account the differences between en and women in the diagnosis and treatment of disease, but, as Elton points out, it has been slow to catch on, especially in the pharmaceutical industry. “Before the 1990s, women were largely excluded from clinical drug trials—an attempt to protect pregnant women from harm and avoid the potentially confounding effects of women’s hormone fluctuations” she writes. “Since then, as studies have actively recruited women, gender-based research has begun to reveal crucial information about how the development of diseases—such as heart disease, lung cancer and autoimmune disorders—may affect women in markedly different ways from men.”

Alarms get raised about saturated fat raising cholesterol but these alarms are misguided. Saturated fat often does raise cholesterol—but it raises HDL (“good”) cholesterol, and tends to increase the big fluffy cotton ball type of LDL and decrease the little BB-pellet type. So theoretically your overall cholesterol could go up but you could actually be a lot less likely to have a heart attack. I’d much rather have a high LDL (where most of the LDL was “big fluffy cotton ball type”) than a lower LDL (where most of the LDL was the atherogenic “BB-pellets type”).

In my recent interview on the website Big Think, link http://bigthink.com/jonnybowden I was asked to suggest some strategies for the prevention of heart disease. My first suggestion—one which I admitted was bound to infuriate a lot of conventional docs—was to stop worrying about cholesterol.

By focusing exclusively on this one misunderstood molecule—one which you absolutely need for health, by the way—we have collectively missed paying attention to the far more important risk factors for disease: smoking, high triglycerides, inflammation, and being overweight and sedentary.

Of course the fact that the two main medicines for bringing down cholesterol—Zocor and Lipitor—bring in over 30 billion dollars a year for their manufacturers might have something to do with our obsession with cholesterol numbers.

After all, as the great American writer Upton Sinclair once said: “It is difficult to get a man to understand something, when his salary depends upon his not understanding it!”