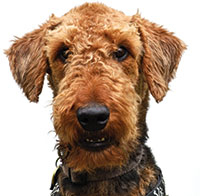 Addison’s disease, also called hypoadrenocorticism, is an uncommon disease of dogs and occurs rarely in cats. The cause is unknown in some cases; in others it appears as an immune-mediated disorder in which the pet’s body makes antibodies that destroy its own adrenal glands. Chronic use of corticosteroids (such as prednisone) can cause secondary Addison’s disease if the corticosteroid administration is suddenly stopped rather than gradually withdrawn from the pet.

Clinical signs occur as a result of decreased output of adrenal gland hormones (glucocorticoids and mineralocorticoids). Clinical signs such as weakness or vomiting can be subtle and intermittent; severe and suddenly occurring signs such as shock may also occur. Because many cases are vague, diagnosis is at times difficult to make. A high index of suspicion is needed in order to diagnose the disease in many pets; blood testing is used to make the definitive diagnosis.

Principal Natural Treatments
The main natural treatments are designed to strengthen and support the adrenal gland. The most common therapy is glandular therapy, which uses whole animal tissues or extracts of the adrenal gland. Current research supports this concept that the glandular supplements have specific activity and contain active substances that can exert physiologic effects.

Several studies show that radioactively tagged cells, when injected into the body, accumulate in their target tissues. The accumulation is more rapid by traumatized body organs or glands than healthy tissues, which may indicate an increased requirement for those ingredients contained in the glandular supplements.

In addition to targeting specific damaged organs and glands, supplementation with glandular supplements may also provide specific nutrients to the pet. For example, glands contain hormones in addition to a number of other chemical constituents. These low doses of crude hormones are suitable for any pet needing hormone replacement, but especially for those pets with mild disease or those who simply need gentle organ support.

Theses supplements can be used in conjunction with conventional therapies, as they are unlikely to be effective by themselves in most patients. The natural treatments are widely used with variable success but have not all been thoroughly investigated and proven at this time.

Other Natural Treatments
As with any condition, the most healthful natural diet will improve the pet’s overall health. Treatment for hypoadrenocorticism includes natural diet, antioxidants, and herbal remedies such as borage, dandelion leaf, licorice, nettle, Siberian ginseng, and spirulina to strengthen the adrenal gland. Theses can by used in conjunction with conventional therapies, as they are unlikely to be effective by themselves in most patients.

Conventional Therapy
Conventional therapy for Addison’s disease involves administration via injection or oral medications of supplemental mineralocorticoids and glucocorticoids for the life of the pet. Treatment is rewarding and generally quite safe.