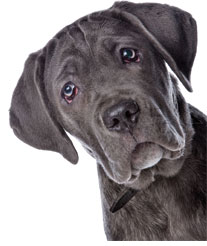 THERAPEUTIC USES
Bilberry is most commonly taken internally in people to help with disorders of the eyes, including macular degeneration and cataract formation due to its antioxidant effects. Its flavonoid compounds (anthocyanosides) are the most pharmacologically active. These flavonoids have several effects, including collagen stabilization (due to their vitamin C content), which may make them useful for pets with arthritis. Other effects include improved capillary strength (once again due to vitamin C), decreased platelet clumping, lowering of blood sugar (making it potentially useful for diabetic pets), and protective effects against gastric ulcers (due to increased mucus production). Bilberry’s anthocyanosides have a special attraction to the retina, which may explain this herb’s apparent usefulness in eye diseases.

Bilberry is used throughout Europe today for the treatment of poor night vision and day blindness in people. Regular use of bilberry is also thought to help prevent of treat other eye diseases such a macular regeneration, diabetic retinopathy, and cataracts.

European physicians additionally believe that bilberry’s blood vessel stabilizing properties also make it useful as a treatment before surgery to reduce bleeding complications, as well as for other blood vessel problems such as easy bruising, but the evidence as yet is only suggestive. On the basis of very limited evidence, bilberry has also been suggested as a treatment for improving blood sugar control in people with diabetes, as well as for reducing the risk of atherosclerosis.

Bilberry can be tried in pets with cataracts (combining it with other antioxidants including vitamin E), arthritis, ulcers, and diabetes (if not yet on hypoglycemic therapy).

SAFETY ISSUES
Bilberry is a food and as such is quite safe. Do not use in pets on hypoglycemic therapy without veterinary supervision. In people, rare side effects such as mild digestive distress, skin rashes, and drowsiness can be seen. Safety in patients with severe liver or kidney disease is not known.