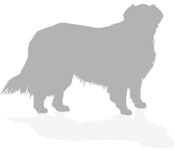 Riboflavin also known, as vitamin b2 is an essential nutrient required for life.

Riboflavin functions as part of a number of coenzymes in most cells. It is an integral part of flavin mononucleotide and flavin adenine dinucleotide. These enzymes are used to transfer hydrogen ions (which are supplied by sugars and fatty acids in the diet) to the cytochrome and hydrogen ion transfer systems to supply energy to the body (via production of adenosine triphosphate, or ATP).

Vitamin B2 is also used for the production of red blood cells and antibodies that help fight disease. It helps prevent cataracts and aids in energy production by cells of the body. Riboflavin works with vitamin A to maintain mucous membranes and helps the absorption of iron and vitamin B6 in the intestines. Riboflavin is needed for metabolism of the amino acid tryptophan, which is then turned into niacin. Like other B vitamins, riboflavin assists in metabolism of nutrients including fats, carbohydrates, and proteins, and helps activate vitamins B6 and folic acid.

Deficiency resembles signs seen with vitamin A deficiency and includes cracks and sores of the mucous membranes, dermatitis, weight loss, and hair loss.

Therapeutic Uses
There are no specific needs for additional supplementation with riboflavin for pets: there are no studies suggesting their use as a cataract preventative.

For migraine headaches, the typical recommended dosage of riboflavin—400 mg daily—is much higher than nutritional needs. According to a three month double-blind study of 55 people with migraines, 400 mg of riboflavin daily can reduce the frequency of migraines by 50 percent.

For cataract prevention, riboflavin may be taken at nutritional dosages described.

One very large study suggests that riboflavin at nutritional doses may be helpful for cataracts, but in this study it was combined with another B vitamin, niacin or vitamin B3, so it’s hard to say which vitamin was responsible for the effect. In this large, double-blind placebo-controlled study, 3,249 people were given either placebo or one of four nutrient combinations (vitamin A/zinc, riboflavin/niacin, vitamin C/molybdenum, or selenium/beta-carotene/vitamin E) for a period of six years. Those receiving the niacin/riboflavin supplement showed a significant (44 percent) reduction in the incidence of cataracts. Strangely, there was a small, but statistically significant higher incidence of a special type of cataract (called subcapsular cataracts) in the niacin/riboflavin group. However, it is unclear whether the effects seen in this group were due to niacin, riboflavin, or the combination of the two.

Riboflavin has also been proposed as a treatment for sicklecell anemia and canker sores, and a performance enhancer for athletes, but there is no real evidence that it is effective for these uses.

Riboflavin is also found in organ meats (such as liver, kidney, and heart) and in many nuts, legumes, and leafy greens. The richest sources are torula (nutritional) yeast, brewer’s yeast, and calf liver. Almonds, wheat germ, and wild rice are good sources as well.

For pets, riboflavin must be supplied in the diet, as little is stored in the body ( as is true with most water soluble vitamins).

Dosages
The new recommendation for adult dogs is 2.7 mg/kg of food, which is higher than the amount (2.2 mg/kg of food) currently recommended by the AAFCO, (Association of American Feed Control Officials).

Safety Issues
Riboflavin seems to be an extremely safe supplement. Toxicity has not been reported in pets.

If your pet is taking tetracycline-family antibiotics, he may need extra riboflavin.