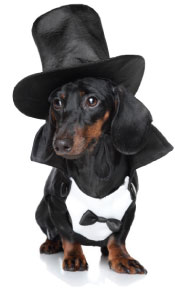 Pyridoxine affects physical and mental health and is needed for most body functions. It maintains sodium and potassium balance and is necessary in water regulation by the body. It is needed for fat and protein absorption. Vitamin B6 is a coenzyme to over 50 different reactions in the body’s cells transamination (where nitrogen is added to a fatty acid to form an amino acid) and decarboxylation (where a carbon is removed to shorten an amino acid chain).

Pyridoxine promotes red cell production, is needed for normal brain function, and also is needed for DNA and RNA synthesis. Vitamin B6 is needed for the absorption of vitamin B12 and is also used for antibody formations and immune system functioning.

Vitamin B6 may help the heart in several ways. Preliminary studies suggest that it can reduce the tendency of platelets in the blood to form clots, and also lower blood pressure to some extent.

A large double-blind study suggests that a higher dose (30 mg daily) of vitamin B6 can reduce the nausea of morning sickness (as can the herb ginger).

Other common uses of B6 are not very well established. For example, vitamin B6 is widely recommended by conventional physicians as a treatment for carpal tunnel syndrome. However, there is little or no evidence that it actually works. Similarly, although B6 is frequently suggested as a treatment for PMS (premenstrual syndrome), there is some fairly good evidence that it doesn’t work for this purpose.

Some natural medicine authorities state that vitamin B6 is a useful treatment for diabetes neuropathy. This idea is based on the fact that B6 deficiency can cause neuropathy, and people with diabetes may be low in B6. However, there is clinical evidence that B6 supplements do not help diabetic neuropathy.

A double-blind study of 76 children with asthma found significant benefit after one month. Children in the vitamin B6 group were able to reduce their doses of asthma medication (bronchodilators and steroids).

However, a recent double-blind study of 31 adults who used either inhaled or oral steroids did not show any benefit. The dosages of B6 used in these studies were quite high, in the range of 200 to 300 mg daily. Because the risk of nerve injury, it is not advisable to take this much B6 without medical supervision.

Finally, an interesting series of studies suggests (but certainly don’t prove) that the combination of vitamin B6 and magnesium can be helpful in autism.

THERAPEUTIC USES
Patients with kidney stones made of oxalate can benefit from this vitamin. Like other B vitamins, vitamin B6 may aid in cancer prevention.

In pets, there is no specific indications for additional supplementation with vitamin B6. Vitamin B6 increases the transamination of glyoxylate, which is the precursor of oxalic acid, to glycine. Experimentally induced B6 deficiency predisposes the precipitation of calcium oxalate in the kidneys of kittens. A naturally occurring form of this syndrome, called oxalate precipitation, has not been identified, although B6 dietary deficiency will increase endogenous production of and urinary excretion of oxalic acid. Additional B6 was associated with decreased oxalic acid excretion in diets of cats consuming diets deficient in vitamins B6. It is unknown whether giving additional vitamin B6 will reduce the urinary excretion of oxalic acid and therefore reduce the incidence of oxalic acid bladder stones.

SAFETY ISSUES
Vitamin B6 appears to be completely safe for adults and pets. However, dogs fed more than 200 mg/kg of body weight per day have a very real risk of nerve damage. In people, dietary deficiency can be worsened by use of estrogen, progesterone, antibiotics in the tetracycline family, corticosteroids (such as prednisone), hydralazine (for high blood pressure), penicillamine (used for rheumatoid arthritis and certain rare diseases). Dilantin (phenytoin foe seizures), theophylline (an older drug for asthma), and the antituberculosis drug isoniazid (IHN), all of which are thought to interfere with B6 to some degree. Additional B6 is recommended for people in these circumstances, similar recommendations may be prudent in pets.