Anyone who has travelled long distances knows the debilitating effects jet lag can have on one’s body and mind.

Not only can crossing time zones leave a person tired during the day or wide awake at night, it can cause irritability, fatigue, difficulty focusing, impaired judgement, decreased productivity, and memory lapses. And it’s not just because of poor sleep on the plane and dehydration from the altitude—the feelings persist for several days.

Jet lag is caused by our 24-hour body clock lagging behind the rapid change of clock time over the flight. The body clock consists of our circadian rhythms and has a strong effect on the times across the day we feel alert and when we feel sleepy.

Once the body clock becomes stabilized, it is resistant to change. So, after less than a day in the air, our body clock is still on home time when we arrive at our destination. This is where the problem arises.

Take the example of flying from New York to Paris. At this time of year, there is a six hour time zone difference between the two cities. If you arrive in Paris at 7:00 a.m. in the morning, your body clock will be telling you it is 1:00 a.m.

If you manage to stay awake across the next six hours, you will then find it easier to stay awake for the next 16 when your body clock thinks it’s time for sleep, but that will be 5:00 a.m. Paris time, with an expected wake-up time at 1:00–2:00 p.m. having missed half the day. Until you can shift the timing of your body clock earlier by about five or six hours, your jet lag will continue to cause extreme tiredness in the late morning and difficulty getting to sleep at night.

Re-timing your body clock
The good news is you can re-time your body clock using light devices such as Re-Timer. Scheduled exposure to bright light can alleviate the symptoms of jet lag by accelerating circadian re-entrainment to new time zones.2

It would be useful to use Re-Timer in the morning from 8:00 am, shifting earlier each day by 30 minutes until you get to your preferred wake-up time to complete the jet lag cure.

Flying west
Take the example of flying back from Paris to New York. If you arrive in New York at 7:00 a.m., your body clock will be telling you it is 1:00 p.m. (six hours later than it is in Paris).

If you manage to stay awake until early evening, you will still be woken up early the next morning by your early-timed body clock and early “wake-up zone,” making you feel tired the next day. In New York, your Tmin from the Paris adjustment will now be occurring at about 10:00 p.m.. Until you can shift the timing of your body clock later by about five or six hours, your jet lag will continue to cause extreme tiredness in the late afternoon and early (3:00–4:00 a.m.) awakenings without sufficient sleep.

How to beat jet lag
One way to reduce the time taken to overcome jet lag in your destination is to do some re-adjustment of your sleep period and light exposure before leaving on your trip. Jet lag calculators can work out the specific times for your light exposure before and after the trip.

But should you even attempt to re-time your body clock? That depends on how long you’re staying in the new time zone. If your stay is short (one or two days), it may be less disruptive to not go through any re-adjustment, but simply keep your body clock on “home” time. That way you also avoid re-adjusting again when flying home. Most airline flight crew follow this rule.

But if your stay overseas is going to be more than a few days and if you want it to be more pleasurable, you can minimize jet lag with Re-Timer and appropriately timed light stimulation.

About Re-Timer light therapy
Re-Timer is the world’s first wearable green-blue light therapy device designed to re-time the circadian rhythm. Worn like a pair of glasses, the device shines green-blue light into the user’s eyes, altering a person’s circadian rhythm and helping to adjust his or her body clock to a new time zone. This color of light has been shown by university research to be the most effective color for re-timing the body clock and is UV free. Using the device for 30–50 minutes a day can help people overcome sleep issues based on circadian rhythm mis-timing including insomnia, winter blues and jet lag.

The Re-Timer glasses retail for $299 and can be purchased at www.re-timer.com. 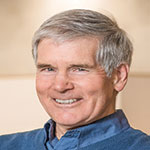 Leon Lack, Emeritus Professor at Flinders University in Adelaide, Australia, is a Clinical Psychologist at the Adelaide Institute for Sleep Health (AISH). He is acknowledged internationally as one of the world’s leaders in behavioral management of insomnia and has conducted extensive research in sleep, circadian rhythms and insomnia over 30 years. For the last 20 years, he has directed a clinic for the non-drug treatment of insomnia at AISH and has supervised many clinical Masters and PhD students in this area. He was a co-founder of the Australasian Sleep Association and its president from 1989 to 1992. Leon is also the author of 80 peer-reviewed journal articles and has received research grants from bodies including the Australian Research Council and National Health and Medical Research Council. He earned his PhD from The University of Adelaide and received his Bachelor of Arts from Stanford University.