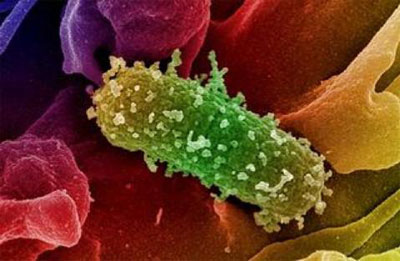 There’s a new threat in town and it’s not from the typical terrorists—it’s from six little-known deadly food-borne bacterium.

Recently, in a New York Times article “E. coli Path Shows Flaws in Beef Inspection,” reported about “The Big Six”—a range of disease-causing strains of E. coli that usually get no respect or reaction when their E-coli cousin O157:H7 takes center stage for sickening and/or killing thousands of people. These six cousin strains are just as dangerous and you need to know about them.

In April, at least 26 people were sickened by romaine lettuce tainted with one of the six strains—including three teenagers who developed kidney failure.

Few food companies test for these six dangerous, and often deadly, strains and the meat industry is fighting a U.S. Department of Agriculture (USDA) consideration to outlaw selling ground beef tainted with the BIG SIX—granted, these strains are difficult and time-consuming to identify but isn’t the USDA suppose to be the eyes and ears for preserving our health?

Organic greens producer Earthbound Farms is one of few companies in the U.S. that screens for the full range of E. coli bacteria, and its tests have been illuminating—about 1 in 1,000 samples show the presence of one of the BIG SIX STRAINS. “No one is looking for non-O157:H7 to the level we are,” Will Daniels, Earthbound Farm’s senior vice president for food safety, told the New York Times. “I believe it is really going to emerge as one of the areas of concern.”

It Doesn’t Stop There

According to food experts and officials, descriptions of the slaughterhouse and meat processing facilities will make your skin crawl—even for non-meat consumers—and then there’s the analysis of what ground beef is REALLY comprised of.

You think ground beef is a chunk of meat sent through a grinder—not necessarily true! Commonly, ground beef is made from slaughterhouse trimmings and a “mash-like product” derived from scraps that are ground together, “an amalgam of various grades of meat from different parts of cows and even from different slaughterhouses.” These cuts of meat are particularly vulnerable to E. coli contamination. As The Times succinctly notes, “Neither the system meant to make the meat safe, nor the meat itself, is what consumers have been led to believe.”

Kudos to The Times for their in-depth investigative journalism in the interest of consumers…at least someone is watching out for us!

I am a meat lover, no doubt about it. However, I ask for my meat well done when dining out and only buy beef, bison and pork from organic free-range farms in my local area. If you can purchase your meat locally, it dramatically reduces contamination because the raw product is not being shipped and processed hundreds or thousands of miles away in facilities handling millions of pounds of meat from dozens of sources.

What You Can Do To Protect Yourself

No, I don’t have a “magic bullet or wand” that will insure you won’t get contaminated meat. What I can offer you is valuable information that I personally and professionally recommend to insure the maximum safe-guards of natural products that will significantly reduce or eliminate bacteria on surfaces, including your hands.