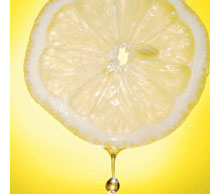 We’ve come a long way from the days when sailors lost teeth, hair and sometimes their lives on long ocean voyages where fresh fruits and vegetables were impossible to obtain. It took centuries for scientists to confirm the problem was nutritional. The accidental discovery that a daily ration of lime juice (from which derived the nickname for British sailors, “Limeys”) would cure the symptoms of scurvy in short order, was of course, the beginning of humankind’s consciousness that we need vitamin C to survive and to thrive.

Even though various types of fruits were used to prevent scurvy in sailors as early as the 15th century, it wasn’t until the 19th century the strange “cure” became widely accepted and it wasn’t until the early 20th century that vitamin C was discovered. Five hundred years. That’s a long time for a thought process to be fermenting in the minds of scientists.

Vitamin C (L-ascorbate) is a very powerful nutrient and the premier water-soluble antioxidant. It participates in over 300 biochemical reactions in the body and is important in maintaining homeostasis as well as building tissue. Without adequate intake of vitamin C, humans develop scurvy, a complicated syndrome of biochemical changes leading to gradual breakdown of the body’s connective tissue and support structures.

Death is inevitable if vitamin C is not provided. It is truly essential to human life and humans are unable to make their own, so they must consume it.

Research into the actions of vitamin C has sparked a greater understanding of the remarkable health-promoting properties of this essential nutrient.

Studies confirm that vitamin C supports cardiovascular and respiratory function, cognition, bone development and mineralization, vision, and may even lower the risk of stress-related diseases and certain types of cancer.

Immunity Booster. The ability of vitamin C to prevent and treat the common cold has been controversial for years, although most data suggests that vitamin C may shorten the duration and lessen the severity of symptoms. A recent study reported an 85 percent lower incidence of cold and flu symptoms with high vitamin C doses.

There is considerable evidence vitamin C plays a vital role in maintaining the immune system. It enhances the killing response of infection-fighting white blood cells, promotes the production of interferon (an immune-stimulating substance secreted by lymphocytes), increases antibody responses and levels, and stimulates secretion of thymic hormones. The high concentration of vitamin C in white blood cells, particularly lymphocytes, is rapidly depleted during infection and a relative vitamin C deficiency could ensue if vitamin C is not regularly replenished.

Cardiovascular Health. New studies continue to link vitamin C to cardiovascular health. Heart disease is the leading cause of death for men and women aged 45 and older. High dietary vitamin C intake has been shown to significantly reduce the risk of death from heart attacks and strokes in numerous population studies. Also, researchers have found that vitamin C offsets spasms of the coronary arteries.

Ever since Nobel Prize-winning scientist Linus Pauling first used vitamin C as a weapon against the common cold, vitamin C has been one of the “good guy” nutrients. However, most people don’t understand what it does, how it works and how many different ways it can enhance health and vitality.

Vision Health. According to the National Center for Health Statistics, about 10–30 percent of adults aged 70 and older have some form of vision impairment. And evidence is mounting that nutrition can influence the progression of diseases that impair vision such as glaucoma, cataracts and macular degeneration.

Cancer. There are several studies that give evidence to the protective effects of vitamin C against cancer.

Lung, breast, cervical, pancreatic, colon and stomach cancer all have supportive studies that show reduction of risk or lower death rates with vitamin C intake. In some cases, such as lung cancer, investigations into the role of vitamin C against the illness suggest that there may be protective effects of vitamin C intake.

Collagen Maintenance. Vitamin C is important for the formation and maintenance of collagen, the inter cellular cement that binds tissues together. Collagen provides tensile strength to bone, cartilage, teeth, tendons and ligaments. Since bone has an organic matrix containing collagen, vitamin C is necessary for bone formation as well.

There is a positive association between vitamin C and bone mineral density (BMD) in postmenopausal women, which is enhanced in those with dietary calcium intakes of at least 500 mg. Long-term use of vitamin C supplements was associated with higher BMD in the early postmenopausal years among those who had never used estrogen.

Vitamin C and Free Radicals
Besides the many benefits of vitamin C in the prevention and treatment for the physical ailments listed above, it also strongly protects against the damage of free radicals. Free radicals are unstable and highly reactive molecules, the majority of which are formed during normal cellular metabolism.

How Much Vitamin C Should You Take?
According to Dr. Parris Kidd, totalhealth science advisor, “As the scientific research on vitamins and minerals has progressed, the daily amounts of minerals necessary for good health hasn’t moved much. However, among the vitamins, the benefits of some have extended to such large amounts that we cannot expect full intakes from our multi-daily vitamin product and it is necessary to take them as additional supplements. Vitamin C is a primary example.

“It used to be that so-called experts would scoff at the late Professor Linus Pauling when he talked about taking grams of vitamin C every day. They said we’d just be making expensive urine if we tried to do what he did. Yet there was good research even then to show that Pauling was right; those ‘experts’ just didn’t want to work the data into their ideological agenda. Some went so far as to fudge existing data in order to deny that vitamin C helps prevent the common cold; other purposely mis-designed human studies to try to show that vitamin C could not help treat disease. But the majority of researchers stayed honest as their own research led them to discover that yes, Hoffer, Cathcart, Cheraskin, Pauling and the others were right: vitamin C could do marvelous things for human health.

“Of the scientists researching this incredible vitamin, the most conservative used to recommend daily intakes of 60–100 milligrams (mg). Now these same conservatives recommend 250–500 mg per day. Smokers are known to burn away their vitamin C and the recommendations for them are about double.

But the bulk of the research on vitamin C indicates the human immune system (and very likely the other organ systems) derives additional important benefits of intakes up to 1000 mg per day and more. Research in the 1990s made clear that daily intakes of 6–12 grams of vitamin C will benefit persons with acute or chronic viral infection (influenza, herpes, HIV 1, hepatitis B or C, papilloma viruses), and as a rule anyone who is under stress, which really means anyone living in the real world. Vitamin C is the indispensable water-soluble antioxidant and I tell my audiences that if you can only afford a nickel a day for vitamins, spend it on vitamin C.”

PureWay-C®—A Vitamin C Revolution
As stated by Dr. Kidd, “Vitamin C is the indispensable watersoluble antioxidant.” However being water-soluble, vitamin C is excreted from the human body very quickly, usually in a matter of hours. So we need to continuously replenish vitamin C into our body on a daily basis. If we miss a day’s intake, we quite literally may not have what we need at a specific moment to fight off an infection or other assault on our organism.

However, decades of scientific research have recently produced a solution to this dilemma with the discovery of a novel form of vitamin C formulation that is more quickly absorbed and retained in the body for a longer period of time than other tested forms of the vitamin C. PureWay-C is a revolutionary solution to the short life-span of vitamin C in the human body discovered by Innovation Laboratories, Miami, Florida, a specialty research and development company.

Made from ascorbic acid from at least eight different bioflavonoids from food sources and lipid metabolites made from vegetable sources Generally Recognized As Safe “GRAS”, PureWay-C is just that novel form of vitamin C that can stay in the body for much longer periods than other tested forms of vitamin C.

According to Pedro Perez, Ph.D. and president & CEOFounder of Innovation Laboratories, “Everyone needs vitamin C every day and while all vitamin C works, research shows PureWay-C helps get vitamin C into the cells more quickly, it helps keep those benefits at higher levels for a longer time and enhances all of the well-known benefits of vitamin C.” Clinical studies also show PureWay-C:

Additional studies from a variety of university and laboratory groups confirm PureWay-C’s better cellular uptake and absorption lead to enhancement of the known benefits of vitamin C, including:

What Does This All Mean?
What does this mean to the average consumer of vitamin C supplements? For those who pop a vitamin C or two whenever a cold threatens, research indicates switching to PureWay-C® can get the immune-enhancing nutrients into the cells faster and keep them there longer, providing a better long-term protection against the viral infections that cause colds and flu.

And while many consumers take multi-vitamins that contain vitamin C, and they think of taking the individual supplement mainly to treat symptoms of a cold, increasing numbers of consumers are becoming aware of the general health benefits of vitamin C products that require special attention.

Vitamin C’s well-known anti-inflammatory, cardio-protective and collagen-producing effects can easily be translated to the use of vitamin C supplements on a daily basis.

An unusually versatile writer with 35 years of experience as a journalist in print, broadcast and online media and as an author, editor and publisher with 13 books to my credit as well as a life coach for more than three decades.

I have written about nearly every subject under the sun, from business and personal finance to natural health, sustainable living, advertising and international marketing.

I’ve coached scores of people to make life-changing discoveries about themselves, resulting in personal transformations that an inspiration to me on a daily basis.