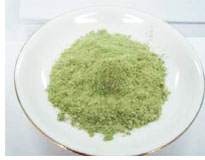 Not long ago, ScienceDaily published an article entitled, “A Ton of Bitter Melon Produces Sweet Results For Diabetes.” This headline is but one of many recent announcements regarding the benefits of an ancient vegetable that is a culinary treat throughout much of the world. Unfortunately, bitter melon and its many benefits remain unknown to most Americans.

Bitter melon grows in the tropical and subtropical areas of the East Africa, Asia, India, South America and the Caribbean. It is used traditionally as both food and medicine in all of these areas. Momordica charantia goes by many names and is known as bitter melon, bitter gourd, balsam pear, karela, and pare. Most Westerners will identify bitter melon as looking like a pale green or green cucumber with warts. Indian varieties may be whitish to gray-green, as well. Commercial cultivars can range up to a foot or more in length, whereas wild bitter melon varieties may measure only an inch or so, more than making up for their small size with greater bitterness and intense flavor. The gourd becomes more bitter as it ripens. As a food, unripe bitter melon is used fresh in salads, cooked into soups and curries, employed as a flavoring for eggs, meat and so forth.

Long popular as part of the cuisine of South Asia and China, bitter melon today is conquering new gastronomic territories. Okinawans, renowned for longevity, are extremely fond of a small local variety reputed to confer health benefits. From Okinawa and other sources, bitter melon is becoming increasingly widespread on the Japanese mainland. This reflects an East Asian trend typical of Korea as well as Japan: Highly flavored and colored nutrient-dense foods are being adopted as everyday sources of health. Hence black and red rice, black garlic, bitter melon and other such foods and condiments are being embraced.

A Plethora of Benefits
Almost every part of the Momordica charantia plant has been used in traditional medical practices, including not just the fruit, but also the leaves/vines, seeds and roots. Folk and traditional systems often suggest bitter melon for microbial infections, sluggish digestion and intestinal gas, menstrual stimulation, wound healing, inflammation, fever reduction, hypertension, and as a laxative and emetic. All these benefits are from a plant with fruit that has been proven safe by centuries of oral consumption. The only concern generally of note is that bitter melon seed consumption is not recommended for those seeking to become pregnant.

In South Asia, bitter melon is recommended to support immune health. Some of the effects are direct and some are indirect. Benefits include the inhibition of the growth of a variety of gram-negative and gram-positive bacteria, including E. coli, Salmonella, Staphylococcus, Streptococcus and H. pylori. Extracts, similarly, according to in vitro studies, appear to have an impact on a number of viruses. For instance, bitter melon constituents may prevent viral penetration of the cell wall. Immune effects include support for healthy T-helper cell ratios, natural killer cell populations and related mechanisms.

With current problems involving overweight and obesity, some of the more attractive actions of bitter melon involve controlling weight gain in the face of the consumption of excessive calories. Animal studies have demonstrated that bitter melon can reduce insulin resistance and visceral obesity caused by a high-fat diet. Similarly, bitter melon may be protective against many damaging results of high fructose diets, including diet-induced hyperglycemia, hyperleptinemia, hyperinsulinemia, and hypertriglyceridemia. The American Medical Association currently is recommending that added sugars should not account for more than five percent of the diet, yet added sugar, especially fructose and “corn” sugars, are found everywhere in the American food supply, although often hidden. Bitter melon may offer some nutritional protection against these added sugars.

Traditional uses and preclinical research provide a very positive picture of bitter melon. Human trials have confirmed many of these findings. In clinical trials, the fresh fruit, its freshly squeezed juice and the homogenized suspension of bitter melon have led to significant reductions in both fasting and postprandial blood glucose. The caveat is that the successful trials in the literature as a rule have used almost exclusively fresh preparations. For whatever reasons, dry extracts have not fared well in clinical trials. Perhaps this is due to the fact that dry extracts usually are concentrated for charantins even though, according to some research, charantins, the saponins commonly selected for “standardized” preparations, may be inactive or only weakly active. Another possibility is that the most active compounds in bitter melon rapidly deteriorate in most dried powders and extracts.

If you like the taste of bitter melon, the success of freshly prepared materials in clinical trials is great news because it means that the vegetable may deliver not just a taste treat, but also health benefits when consumed raw and cooked in salads, soups, curries, egg and meat dishes, etc. There also remains another option. Recent research suggests that a special form of bitter melon, especially with proper handling, may deliver on the promise of the fresh material even when dried and delivered in capsules and tablets.

Sometimes Wild Is Better!
With many grains, fruits and vegetables, wild genotypes retain healthful qualities that have been bred out of cultivated varieties. For instance, Khorasan wheat (Kamut), a much older form of wheat, provides more protein, minerals and more complex carbohydrates with lower gluten levels than is true of modern wheat. Similarly, carrots initially most often were purple rather than orange because of the vastly greater amounts of phytonutrients in the form of anthocyanidins. Lettuce was more bitter, and so forth and so on.

With bitter melon, much the same is true. There are literally hundreds of different forms of bitter melon found in China and India. In many ways, the most interesting of these nutritionally are the “wild” forms found in India.

Recently, a comparative trial in animals looked specifically at the differences among commercial herbal extracts of bitter melon of Chinese, Indian and Indian wild genotype origin. The goal was to establish benefits with regard to blood sugar and insulin regulation and also parameters linked to blood pressure. Very little work has been performed with wild genotypes of bitter melon, even though there are a great many of these in India alone. Most information available tends to cover topics such as the effect of the wild forms on inflammatory responses. Hints in the literature suggest that the blood sugar effects of some of these wild genotypes could be more potent than in the cultivars commonly used for extraction. For instance, it has been found that extracts of bitter gourd activate cellular machinery to regulate energy production (technically, Amp-activated protein kinase) and the way that fats are handled by the liver. These components can account for as much as 7.1 g/ kg of the dried wild material.

In a just published trial that did look at wild bitter melon, over a period of 60 days the effect of an extract from the wild genotype of bitter melon offered commercially under the name Glycostat proved to be more efficacious than the varietals typically used in Chinese and Indian preparations and certainly more consistent in influencing all the health parameters tested. Wild bitter melon was compared with two commercially available Chinese and Indian preparations in an animal model with a standard test called a Glucose Tolerance Test (GTT). In this test, a fixed amount of glucose is consumed and then the amount that accumulates in the blood (Area Under the Curve/AUC) is measured and the change (delta) is calculated. A smaller change is good because it means that the body is rapidly taking the glucose into the tissues and that there is good insulin sensitivity. All the bitter melon extracts reduced the increase in blood sugar. However, wild bitter melon was superior to both the Chinese and Indian extracts and it was the only extract to deliver statistically significant results. Of particular note, this greater benefit was achieved without elevating insulin levels.

Other interesting findings included the wild extract’s significant influence on the nitric oxide system (influencing whether the blood vessels can dilate), a system that controls blood fluid volume known as the renin-angiotensin system (RAS) and the closely related angiotensin converting enzyme (ACE) activity. These three systems and activities influence blood pressure and cardiovascular health and in each of them, wild bitter melon either was the only extract that exhibited significant activity or it was more active compared to the Chinese and Indian extracts.

Concluding Thoughts
Bitter melon is yet another example of a traditional food and health aid that has made good when tested against modern Western standards. The benefits are real in areas such as blood glucose and blood pressure support—with the caveat that until now bitter melon needed to be eaten in large amounts or the freshly prepared juice consumed regularly in order for the benefits to be realized. Extracts and dried powders have been less successful, perhaps because unstable or for other reasons. A specially prepared wild bitter melon extract produced with special processing appears to have solved this limitation. Wild bitter melon extract supports both blood sugar and blood pressure health, all without the bitter taste.