Cranberry (Vaccinium macrocarpon) has long been cherished for its nutritional and medicinal properties. The fruit is juicy and tart and contains a range of valuable nutrients including vitamin C, flavonoids, flavonols and phenolic compounds. The primary flavonoids in cranberry are proanthocyanidins (also referred to as condensed tannins). Benzoic acid is the major phenolic compound while the major flavonols are quercetin and myricetin.

From a medicinal perspective, cranberry has evolved from a folk remedy to a scientifically proven product that can provide protection against urinary tract infections (UTI). While fighting UTIs is its most popular use, recent research has found cranberry is also beneficial for fighting gum disease, lowering cholesterol levels, preventing ulcers and even fighting cancer.

Cranberry and Urinary Tract Health
UTI is the second most common infection that affects women. The symptoms—urinary burning, frequency, urgency and pain—are unpleasant and in some cases debilitating. About fifty percent of all women will experience a UTI in their lifetime and many women suffer recurrent UTIs. In the U.S. alone, about 8.3 million doctor visits per year are attributed to UTIs and they are the second leading cause of lost work days for women. Women are at greater risk of UTI because their urethra is closer to the rectal area making it easier for bacteria to get to the bladder. Pregnancy increases a woman’s risk because the growing baby presses on the bladder, which may prevent it from completely emptying. Menopause also increases UTI risk because lower estrogen levels lead to thinning of the urinary tract, making it easier for bacteria to enter. Sexual intercourse is the most common cause of UTI in women age 20 to 40. During sex, bacteria can be pushed from the rectal area toward the vagina and can then enter the urethra and ascend into the bladder. Men can also get UTIs. Those with an enlarged prostate, diabetes, or cancer and those under stress are at increased risk.

The typical treatment of a UTI involves antibiotic therapy, which is associated with various health and societal risks. Side effects of antibiotics may include nausea, diarrhea, stomach cramps, and yeast infections, to name a few. Plus, the overuse of antibiotics is now recognized as a major factor in the development of resistance—the bugs are becoming stronger than the drugs, leaving people vulnerable for attack by bacteria. Antibiotics are also expensive. Some of the broad-spectrum drugs are $80 or more for a week supply. As with most health problems, prevention is the key.

Cranberry has been revered for centuries for urinary tract health but it wasn’t until the 1990s that its mechanism was elucidated. Cranberry works in part by preventing bacteria from adhering to the bladder. The condensed tannins or proanthocyanidins (PAC) adhere to the tiny hairs of the bacterial surface, changing the structure of the bacteria and preventing bacteria from implanting in the bladder wall. Scientists have also discovered another mechanism by which cranberry works. Researchers at Worcester Polytechnic Institute found that chemical changes caused by cranberry juice create an energy barrier that keeps the bacteria from getting close to the urinary tract lining in the first place.

Juice versus Supplements
Most of the early research on cranberry involved testing juice cocktail with mixed results. This may have been due to the fact the amount of juice used in the studies varied greatly. Those studies finding positive results involved drinking large amounts of juice: up to 34 ounces per day. Not only is that difficult for most people to comply with, but most juices contain only 27 percent cranberry juice, with added sugar and water. For those watching their weight and trying to control blood sugar, all this excess sugar presents a problem. Pure juice is available in health food stores but it is quite expensive and very tart. For all of these reasons, cranberry supplements offer significant advantages.

The most widely studied cranberry supplement on the market is Cran-Max®, a full spectrum product that contains all the vital parts of the cranberry—the fruit, seeds, skin and juice. A major drawback with many cranberry juice powders is the bioactives are quickly destroyed by stomach acid, and thus do not reach the desired site of action. Cran-Max utilizes a patented Bio-Shield® technology where the natural plant fibers form a lignan-cellulose matrix that protects the cranberry from destruction by the stomach acids, delivering the nutrients to the lower gastrointestinal tract where they can be absorbed. Cran-Max contains standardized condensed tannins and fiber, and is the only cranberry supplement that contains the full phytonutrient value of the whole cranberry.

Supportive Research
A study published in the Canadian Journal of Urology, compared the effects of pure cranberry juice (250 ml three times daily), cranberry tablets (Cran-Max 250 mg twice daily) and placebo in the prevention of UTI in a group of 150 women with a history of recurrent UTIs. Both the pure juice and cranberry tablets significantly reduced the occurrence of UTI but the cranberry tablets proved to be the most effective method.

In another study conducted by researchers in France the effect of a single post-coital (after intercourse) dose of Cran-Max was evaluated in a group of 120 women with a history of recurrent UTI. The study was conducted over 45 days and women were randomized into one of the following treatments: GynDelta® (French brand of Cran-Max), dry cranberry extract with 36 mg proanthocyanidins or placebo. Women were instructed to take their treatment six hours after intercourse. Over the study period, only 10.8 percent of the women in the GynDelta group suffered from a UTI compared to 18.9 percent in the cranberry extract group and 43.2 in the placebo group. Thus the researchers concluded that the Cran-Max product was most effective in preventing post-coital UTI.

The most recent study on Cran-Max involved 137 women with recurrent UTI. The women were randomized to receive either 500 mg of Cran-Max or 100 mg of trimethoprim (an antibiotic) for six months. The researchers found that the time to first recurrence of UTI was not significantly different between the groups. The lead researcher concluded: “Our trial is the first to evaluate cranberry (Cran-Max) in the prevention of recurrent UTIs specifically in older women, and the first head-to-head double-blind comparison of cranberry versus antibiotic prophylaxis. Trimethoprim had a very limited advantage over cranberry extract (Cran-Max) in the prevention of recurrent UTIs in older women and had more adverse effects.”

This landmark study adds to the growing body of evidence on cranberry for bladder health. More people today are interested in natural methods for prevention of UTI and are trying to avoid antibiotic use due to concerns with side effects and resistance.

Guidelines for Use
Cranberry juice is generally well tolerated with no known adverse effects. Those with diabetes or insulin resistance should limit their intake of juice cocktail as it contains a significant amount of sugar. Cranberry juice, consumed in amounts found in foods, is thought to be safe in pregnancy and breastfeeding. There is no evidence of harm to the mother or baby as a result of consuming cranberry. Cranberry should be used cautiously in those taking anti-coagulants such as warfarin because it may enhance the blood-thinning effect of the drug.

The dosage of cranberry juice has varied in the research. The most significant study on cranberry juice utilized a dosage of 250 ml of pure juice three times daily. The recommended dosage for Cran-Max is 500 mg daily for prevention.

Future Directions
Several new studies are underway evaluating the therapeutic effects of cranberry. The National Institutes of Health is funding research on cranberry’s effects on treating urinary tract infections, heart disease, yeast infections and gum disease. Other researchers are investigating its potential against cancer, stroke and viral infections. With mounting research published in mainstream medical journals cranberry is now getting the attention it deserves.

Individuals with recurrent UTI should consider taking a probiotic along with their cranberry supplement. Use of antibiotics, whether for UTI or other reasons, causes alterations in normal gastrointestinal and vaginal flora and this often leads to diarrhea and yeast infections. Probiotic supplements can help replenish normal flora and also help inhibit the growth of pathogenic bacteria, thus providing a supportive role for both the treatment and prevention of UTI. Look for a probiotic that is stable at room temperature, guaranteed potency (bacteria count guaranteed through expiration), dairy free, and made with human strains which allow for ideal implantation in the intestine, such as Kyo-Dophilus®.

For individuals interested in maintaining and supporting intestinal function and urinary health there is Cran-Logic®. Cran-Logic contains the unique combination of Cran-Max cranberry extract and Kyo- Dophilus probiotics. These proprietary ingredients have been clinically studied and found to be beneficial for urinary tract, intestinal function, and many other aspects of health.

Cran-Logic is made from 100 percent cranberry fruit solids through a process that intensifies the natural benefits of the whole cranberry, without the use of any solvents, preservatives, sugars, water, flavorings or color.

Cran-Logic promotes a healthy urinary tract by reducing the risk of bladder and yeast problems. Since bad bacteria that cause urinary tract issues live in the intestines, the cranberry extract in Cran-Logic prevents the growth and adherence of these bad bacteria, while the probiotics maintain healthy intestinal function. Clinical studies have confirmed the value of cranberry and probiotics for bladder and intestinal health.

Additionally, Cran-Logic replenishes your normal intestinal micro-flora. The balance of flora can be upset due to various therapies, poor diet, exposure to harmful bacteria, travel to foreign countries and even stress.

Cran-Logic also offers a number of other benefits: It can inhibit the harmful toxins that bad bacteria produce; counter the adverse effects of therapies; produce essential vitamins and enzymes that are vital for health; and improve overall intestinal function. 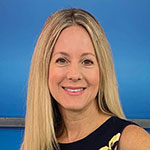 Sherry Torkos, B.Sc.Phm., R.Ph., is a registered pharmacist, author and health enthusiast with a passion for prevention. She graduated with honors from the Philadelphia College of Pharmacy and Science in 1992. Since then, she has been practicing pharmacy using an integrative approach, combining conventional and complementary therapies to optimize health and prevent disease. Torkos has won several national pharmacy awards for providing excellence in patient care.

As a leading health expert, she has delivered hundreds of lectures and is frequently interviewed by radio and TV talk shows throughout North America and abroad.

Sherry has authored 18 books and booklets, including The Canadian Encyclopedia of Natural Medicine., Saving Women’s Hearts, and The Glycemic Index Made Simple.