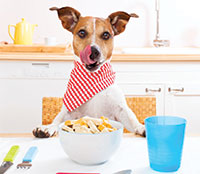 Few people are surprised when told that it is relatively hard to lose weight in the fall heading into winter and relatively easy to lose weight in the spring. This is not just a matter of Thanksgiving, Christmas, New Year’s and the Super Bowl, although the grouping of these holidays hardly helps. Our bodies exhibit metabolic changes in preparation for the winter months and then tend to reverse at least some of these changes as the next year progresses. Hibernation is the classic example of these changes, but seasonal fluctuations in metabolism are shared by a quite large proportion of all mammals in temperate climates, including humans. More surprising to most of us is the fact that similar fluctuations in energy use and storage are tied to the twenty-four hour (circadian) cycle, as well, and these fluctuations are so strong that they may be more important than the usual dietary suspects — the amounts of carbohydrate, fat and protein in the diet — that typically are the targets of dietary advice.

The Day/Night Cycle Exists Even For Genes
A few years ago, a team of researchers experimented to learn if circadian rhythmic patterns apply to human fat tissue.1 In this particular case, they wanted to know if genes related to cortisol metabolism exhibited such rhythms in adipose tissue. (Cortisol is sometimes called the “fight or flight” hormone; it also plays a large role in weight gain.) Sure enough, the scientists found rhythmicity in cells from both men and women and in fat cells both from under the skin (subcutaneous) and around the abdomen (visceral deposits), with the amplitude of the circadian rhythmicity being greater in the visceral fat tissue genes.

Yet another circadian pattern involving cortisol is important for weight gain in those under mild chronic stress, including the stress associated with diabetes. Under normal circumstances, the body tends to have a period of time during inactivity — our sleep cycle — in which cortisol levels in the blood exhibit a prolonged “trough” of reduced presence. Mild stress may only slightly elevate the total daily glucocorticoid level, yet still alter the way in which tissue receptors respond. In an animal model, healthy animals after several days of added glucocorticoid (via pellets under the skin) showed reduced adrenal and thymus weight, i.e., adrenal exhaustion and reduced immune response, and elevated insulin levels.2 This would seem to be similar to early stage Metabolic Syndrome as the animals struggle to regulate the excess sugar being released into the system by the glucocorticoid. In diabetic animals, insulin levels drop dramatically with continued glucocorticoid challenge, which means that the ability to regulate blood sugar also drops. Conversely, food intake and blood triglycerides increase in diabetic animals versus controls. Chronic exposure to cold in this model has the same type of effect as does added glucocorticoid, including the same disruption of the circadian rhythm of reduced glucocorticoid during the rest period. As the authors of this study observe, “studies in man suggest that perceived chronic stress also flattens the amplitude of the circadian cortisol rhythm by elevating trough and reducing peak levels; subjects who reported increased stress were abdominally obese, hyperinsulinemic and hypertensive.”

With the foregoing evidence in mind, it is easy to grasp that activities such as exercise and meal timing may play significant roles in body weight and health. Hunger levels, the ability to dispose of meal calories and the degree of metabolic response, including metabolizing excess calories, all respond to stress levels and the timing of activities.

Calorie Storage Depends On Meal Times
It has been known for several decades that the composition of the initial meal of the day tends to set the body’s response to food intake later in the day. Not eating breakfast, for instance, tells the body that it should reduce energy expenditures and conserve in the face of famine conditions. Eating refined carbohydrates and sugars causes an insulin release that blocks fat metabolism, forces the body to rely on stored glycogen for energy and leads to energy peaks and valleys, the blood sugar “roller coaster.” Protein breakfasts including either fat or carbohydrates tend to even out energy levels and retain what is known as “metabolic flexibility,” the ability to harness either glucose or stored fat for fuel as needed.

A good example of the meaning of meal timing in practice emerged recently in several trials using animal models. Mice and rats are extremely sensitive to the level of fat in their diets, in part because their natural diets are very low in fats. Unlike humans, both animals eat more or less continuously during their waking periods of activity. Either high- or low-fat diets spread throughout their normal 12-hour feeding period exercise limited effects on food intake and energy usage. Under these conditions, the animals generally adjust consumption and expenditure to maintain balance and metabolic parameters within normal ranges. Feeding a high-fat meal at the beginning of the feeding period does not alter metabolic flexibility and, again, the animals adjust. However, the same high fat meal taken at the end of the animals’ waking period leads to increased “weight gain, adiposity, glucose intolerance, hyperinsulinemia, hypertriglyceridemia, and hyperleptinemia” independent of either total or fat-derived calories.3 The major surprise, one that runs counter to common assumptions, is this finding: “We report that high fat feeding at the transition from sleeping to waking appears to be critically important in enabling metabolic flexibility and adaptation to high carbohydrate meals presented at later time points. Conversely, high carbohydrate feeding at the beginning of the waking period dramatically impairs the metabolic plasticity required for responding appropriately to high fat meals presented at the end of the waking period.” In other words, the standard American breakfast of sweetened cereal or other refined carbohydrate products impairs the ability of the body to properly metabolize fats eaten later in the day.

Other researchers have found similar results. Again in a mouse model, one group found that a diet sufficiently high in fat to induce weight gain and related changes if fed ad libitum did not lead to such changes if restricted to a limited feeding period.4 Not caloric restriction or fat restriction, but a restricted feeding period led to favorable results. “Timed restricted feeding provides a time cue and resets the circadian clock, leading to better health.” Simply put, a timed high-fat diet resets circadian metabolism and prevents obesity in this mouse model despite the high-fat content in an animal that normally consumes very little fat.

What About Humans?
A number of recent clinical experiments have confirmed the findings from these animal models as being applicable to humans, with increased protein consumption at breakfast proving to be especially helpful. For instance, in overweight/ obese, “breakfast-skipping” late-adolescent girls, breakfast, and especially a high protein breakfast led to better appetite control, better regulation of food intake and reduced evening snacking compared to not eating breakfast even though in this short study (one week) there was no change in total energy intake.5

Another study, this one in overweight and obese adults, found that both a low-carbohydrate breakfast (not specifically high in protein) and a high-protein plus carbohydrate breakfast led to impressive weight loss over a period of 16 weeks (15.1±1.9kg and 13.5±2.3 kg, respectively) when followed in conjunction with reduced energy intake. After the diet ended, subjects were tracked for a further 16 weeks. As is found commonly in such models, there was significant weight regain in the lowcarbohydrate only breakfast group compared to the protein plus carbohydrate arm.6 This finding should surprise no one in that it is easier to add protein to more “normal” meal patterns than it is to radically reduce carbohydrates. Low-carbohydrate diets tend to lead to considerable rebound as dieters return to their normal eating habits. People who have increased their protein consumption along with changing other eating habits find it easier to continue some version of their new eating pattern.

Yet another study, this one restricted to overweight and obese women, found that in a restricted calorie diet (~1,400 kcal) the results were significantly better at the end of 12 weeks in the women who ate a large breakfast (700 kcal breakfast, 500 kcal lunch, 200 kcal dinner) as opposed to a large dinner (200 kcal breakfast, 500 kcal lunch, 700 kcal dinner).7

Eating breakfast, especially one that is higher in protein, has been found again and again to be superior to skipping breakfast or eating a breakfast built around carbohydrates. The shake out in meal composition revolves much more around the role of protein than fat because fats actually play a somewhat neutral role. As one paper’s title runs, “Carbohydrate-restricted diets high in either monounsaturated fat or protein are equally effective at promoting fat loss and improving blood lipids.”8 The primary difference is that in those who are overweight or obese, as opposed to in individuals who are lean or normal weight, fat has less satiating power than does protein.9 Otherwise, as long as high-fat consumption is not a marker for generally poor eating and exercise habits (low consumption of fruits and vegetables, low consumption of fiber, high consumption of sugars and refined carbohydrates), fat consumption, after 60 years of controversy, has not been shown to be innately a threat to health.10 Just remember that the foods eaten at breakfast tend to determine the body’s ability to retain metabolic flexibility later in the day. Breakfasts that container significant fat do not tend to interfere with the ability to metabolize fat rather than store it later in the day, breakfasts built around carbohydrates do, and protein is the great equalizer.

Conclusion
Whether it concerns mice or men, the timing of meals is important. Eating more at breakfast and less at the evening meal leads to better appetite control and better metabolic functioning along with better weight control. Eating more protein and fewer carbohydrates at the morning meal, likewise, leads to greater metabolic flexibility later in the day. The standard American breakfast of cold, sweetened cereal is a very poor choice for control of appetite, energy levels or body weight. Fats are a largely neutral in this picture, although they certainly can replace a good portion of carbohydrates, especially if more protein is consumed. The old adage to “breakfast like a king, lunch like prince and sup like a pauper” turns out to be good advice. Best of all, changing the timing and size of meals is free!