Whenever a woman is considering some form of contraception, her doctor will immediately offer her a smorgasbord of options. Of course, the Birth Control Pill made with a combination of estrogen and progestins will usually be the first recommendation. But, she could also choose an implant called Nexplanon®, a tiny, thin rod about the size of a matchstick that is surgically implanted under the skin of the upper arm, releasing progestin for up to four years. Or, perhaps, she would prefer the NuvaRing®, a small, flexible ring containing estrogen and progestin inserted into the vagina and removed after three weeks and a new ring inserted one week later.

The choices keep coming. There is always the Depo shot (AKA Depo-Provera), an injection of progestin that prevents ovulation for up to three months. For women who prefer something other than the Pill or inserted devices, there is the Xulane® Patch (which replaced the Ortho Evra birth control patch now only available in Europe and Canada). The transdermal patch sticks to the body and releases synthetic estrogen and progestin hormones directly through the skin. It works mainly by preventing the release of an egg (ovulation) during your menstrual cycle. A new patch is used each week for three weeks and a week with no patch (during your period).

A Little Secret About All Hormonal Contraceptives
The two main ingredients in hormonal contraceptives are either a combination of estrogen and progestin (a synthetic form of the natural hormone progesterone) or progestin-only contraceptives. There are well-noted "minor" side-effects experienced by many women that include breast tenderness, weight gain, skin and acne issues, hair loss, increased facial hair growth, nausea, nutrient depletion, mood swings, vaginitis, varicose veins and decreased libido.

Major mood changes including depression, anxiety, irritation, and angry outbursts are commonly experienced. A study published in JAMA Psychiatry found that women using hormonal contraception faced a 23 percent greater incidence of developing depression and greater use of antidepressants than women who did not use the drugs. Among teens using these contraceptives, that rate nearly doubled.

Using hormonal contraceptives is playing Russian roulette with your health. These hormone combinations increase the levels of clotting factors and are responsible for a three-to four-fold increase in the incidence of blood clots. The FDA warns that the patch version poses an even greater risk because the level of estrogen absorbed from the patch is 60 percent more than the amount delivered by the pills. A blood clot can occur in a leg (deep vein thrombosis) or in the lung (pulmonary embolism) and can lead to death.

The most alarming, yet least known, problem is the fact that estrogen and progestin can cause cancer. Both the World Health Organization's cancer agency, the International Agency for Research on Cancer and the National Toxicology Program have listed estrogens and progestins as known human carcinogens. What this means is that taking any of the hormonal contraceptive choices will increase the risk of developing breast, cervical, uterine, ovarian, or liver cancers. And, the younger the age of a woman when she begins using them, the greater her lifetime risk.

Modern women are caught in a terrible dilemma. While they want to control their fertility, they don't want to have to gamble with their health.

There is really good news for women! Thanks to the passion and dedication of one woman to save women's lives, there is now an alternative to the dangerous hormonal contraceptives: Smart Women's Choice. SWC is a vaginal gel that contains no hormones and no spermicides; it is proven 100 percent effective, completely safe and causes no harmful side effects whatsoever. 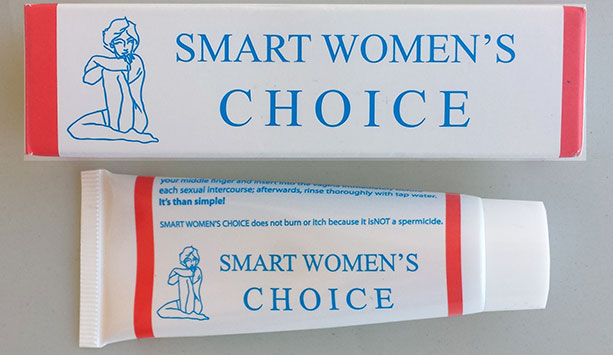 Françoise Farron, PhD, an outstanding biochemist, earned her degree from New Your University Medical School and went on to work at Harvard Medical School, studying control mechanisms of cell growth, as part of a larger program designed to understand the phenomenon of uncontrolled growth in cancer cells.

Francoise knew of the contraceptive formula since her own reproductive years; she used it and it worked for her. But she was not going to abandon her fascinating and successful studies at Harvard to go into the birth control business—until tragedy struck. Her friend's daughter suddenly died from a blood clot while using the NuvaRing®. At that juncture, Francoise felt a personal obligation to bring her discovery of a safe contraceptive to market, to make it available to all women who wanted to avail themselves of its unique advantages.

Smart Women's Choice, is a novel approach to effective protection from unwanted pregnancies and works in an entirely different way from hormone-based birth control methods.

In order for fertilization to occur, the sperm must travel from the vagina, were it is deposited during intercourse, up the fallopian tubes to merge with an egg that has been released by the ovaries. But Smart Women's Choice completely immobilizes the sperm in the vagina, within seconds; therefore the sperm cannot make the journey from the vagina into the fallopian tubes and thus, never encounters the egg; so fertilization cannot and does not take place.

No fertilization = No pregnancy

Since SWC does not alter or affect a woman's hormonal system, there are no harmful side-effects. Smart Women's Choice is a simple solution to prevent fertilization; it's amazing that no one has thought of it before. It is unique and effective; a patent has been filed and is pending.

Where's the proof? Dr. Martin Bastuba, Medical Director at Male Fertility Specialists and head of one of the foremost fertility clinics in Southern California, performed a motility test on sperm samples to study the effectiveness of Smart Women's Choice on the motility of spermatozoa.

The results presented in the accompanying table show unequivocally that SWC vaginal gel immobilizes sperm completely at all dilutions. If spermatozoa are totally immobilized in the vagina and, thus, unable to travel up the fallopian tubes fertilization cannot and does not occur. 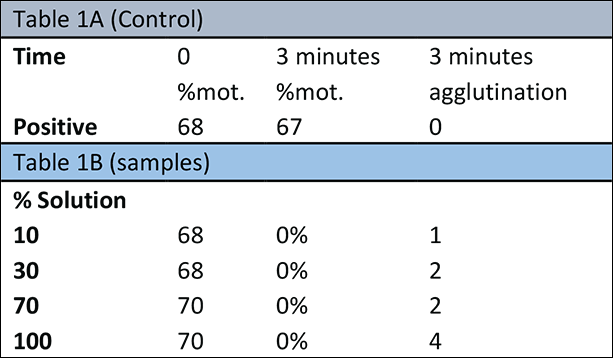 Conclusion: The results presented in the table above show unequivocally that SWC does agglutinate sperm to varying degrees, and immobilizes sperm completely at all dilutions. If sperm is immobilized and thus cannot travel up the fallopian tubes fertilization cannot occur.

Women around the world who have decided to use Smart Women's Choice are delighted with its effectiveness in preventing unwanted pregnancies and a total absence of ill side effects.

Smart Women's Choice has been selling for over three years with a terrific track record. More than 1,500 women have been using SWC with no pregnancies reported so far.

Pharmacist, nutritionist and author, Ross Pelton, RPh, CCN recommends Smart Women's Choice. "I have been a long-time supporter of women's health issues. One of my concerns is the side effects caused by birth control pills. Consequently, I authored 'The Pill Problem,' which teaches women how to prevent the side effects from birth control pills. A safe form of contraception for women would be of tremendous worldwide health benefit to women (and their spouses if women are avoiding the side effects of BC pills & IUDs). I am happy to report that a safe form of contraception for women has been developed. It is named Smart Women's Choice. It works by causing the entire ejaculate to coagulate. Thus, the sperm are prevented from traveling up the fallopian tubes where fertilization takes place. The coagulate exits the vagina at the end of the intercourse and then rinse with water. It is easy and pleasant to use."

How To Use Smart Women's Choice
Using it is as simple as one, two, three!

Step 2: Insert into the vagina immediately before having sex. It helps lubricate for comfort, too. If you have sex repeatedly in short succession, you have to reapply SWC every time.

Step 3: After completion, just rinse with water to restore the vagina to its normal acidity.

Women Deserve a Safe, Non-Hormonal Alternative!
Ever since the Pill was first released in 1960, it has been fraught with serious side effects. Some of them have even been fatal. Women were forced to make the difficult decision, Use the Pill or some other hormone-based contraception and take your chances with the many uncomfortable side-effects and potentially dangerous consequences or risk an unwanted pregnancy. It has taken almost 60 years to find a truly safe natural contraceptive. Dr. Francoise Farron, a fiercely determined woman, has been passionate about her mission to save the lives of women worldwide. After years of research, she has succeeded in bringing her vision of a truly safe and effective, non-hormonal contraceptive solution, called Smart Women's Choice, into the world. As usual, it takes a woman! To learn more go to smartwomenschoice.com.