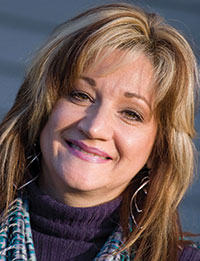 Women everywhere are talking about menopause and hormone replacement therapy (HRT). Is it safe or isn't it? Well, that depends on whom you ask, what studies you read and what media reports you're exposed to.

Earlier this year, women—and even doctors—became more confused about HRT when the Society of Obstetricians and Gynaecologists of Canada (SOGC) issued a press release saying HRT is safe and effective if women start taking it early in menopause and for less than five years.

This goes against the advice millions of women in North America have been getting since the Women's Health Initiative (WHI) study, which tested the effects of estrogen and progestin on 16,608 women and was halted in 2002—before the study was finished—due to findings that HRT increased risk of invasive breast cancers and also put women at higher risk of blood clots, stroke and heart disease. Since then, many doctors stopped prescribing HRT and prescriptions declined significantly.

Now the SOGC is telling doctors not to be afraid to prescribe HRT. After reviewing new research and reanalyzing the WHI data, the SOGC panel determined that "hormone therapy used early in menopause does not increase the risk of coronary artery disease and used for five years or less has little appreciable effect on breast cancer risk."

But this doesn't mean HRT should all of a sudden be considered safe for women to use to treat menopause symptoms—even for younger women to use for a short time.

What about the study released Dec. 6, 2008 at the San Antonio Breast Cancer Symposium that found that yes, younger women in their fifties using HRT do have an increased risk of breast cancer? This research tracked 15,387 of the 16,608 women who participated in the WHI study through to July 2005, monitoring the number of breast cancer cases as they occurred.

Obviously, more research is needed on HRT, and women should err on the side of caution and opt for lifestyle changes and eating the right foods and nutrients to help cope with menopause symptoms such as hot flashes, night sweats, insomnia and anxiety.

The hormonal fluctuations that accompany this transition in every woman's life are unfortunately exacerbated by poor liver, adrenal and thyroid function. So complex is the female endocrine (hormone) system that improving one's diet, dealing with stress, addressing underlying thyroid issues and supporting a tired liver can help ease the way through menopause as well as improve overall health.

Many women can experience complete relief from menopausal symptoms by using herbs, nutrients, exercise and diet changes. Others will need low-dose, short-term bioidentical (non-synthetic) hormone treatment, as determined by a qualified health professional and compounded by a compounding pharmacy.

Non-toxic alternatives for HRT do exist and have been embraced in progressive Europe. Herbs including black cohosh, dong quai, Vitex (chaste berry) have long histories of traditional use as well as solid research supporting their therapeutic effects. Look for menopausal formulas that have passed Health Canada's rigorous approval process for safety and efficacy.

No one should feel tired, worn down, brain-fogged or listless. Menopause is your time to focus on yourself. Eat right, exercise and start new hobbies and activities that you didn't have time for when your children were young or your career in full swing.