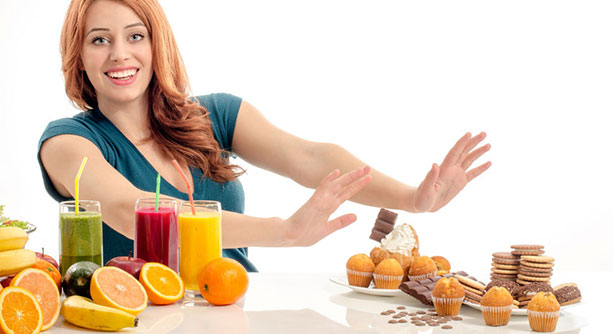 The importance of eating healthily for general well-being and warding off disease can never be underestimated, no more so it seems than with cancer. Today, breast cancer is the most common type of cancer amongst women, and in fact is the most prevalent cause of death in female cancer patients. Scientists however estimate that over 40 percent of all breast cancer cases could be prevented by a number of means such as changing one’s diet, drinking less alcohol, being more physically active and maintaining a healthy body mass index (BMI).1 The main reason why these methods are proven to work is that they reduce and even negate the effect of what are known as ‘carcinogens’ in our bodies.

Carcinogens are the substances found either in our environment, cosmetics, household items or food that cause, promote or aggravate the growth of cancerous cells. Though treatments for all types of cancer including breast cancer have come a long way in recent years and death rates in Western nations have been greatly reduced, it is prevention of the disease in the first place, primarily via nutrition, where emphasis ought to be placed.

Time for a cleaning
The world today is full of all kinds of nasty chemicals and toxins, many of which are carcinogenic in nature. If you have cancer in your body, there is also a good chance that your body will contain a high level of these unwanted toxins too. There are two main detoxification centers of the body: 1) the liver and 2) the epithelial cells of the intestinal tract.

Liver cells are capable of detoxifying a vast number of end products of metabolism, drugs, hormones and potentially carcinogenic agents. The detoxification process itself can be broken down into two stages (Phase I and Phase II) that both form essential aspects of preventing the accumulation of toxins in the body and eliminating cancer causing compounds. Simply put, Phase I enzymes detoxify and neutralize dangerous chemicals you have ingested but first must convert these compounds into intermediate products which Phase II enzymes act upon.

When looking at nutrition to lower your breast cancer risk, it is important to recognize there is no single food alone that can protect against breast cancer itself, but rather a combination of predominantly plant-based foods that are certainly of great use. Not only can a diet rich in key fruits and vegetables prevent cancer from occurring by assisting detoxification, it can even help in impeding the development and progression of the disease too. There is now a large body of scientific evidence that clearly highlights that the myriad nutrients (minerals, vitamins and phytochemicals) found in certain plant foods can work in synergy to block the effect of carcinogens, thus greatly reducing your risk of getting the disease.

Cruciferous Vegetables For Breast Cancer
One of the most prominent food groups on the anti-breast cancer list are those belonging to the Brassica genus of plants, otherwise known as cruciferous vegetables. These include but are not limited to: broccoli, Brussels sprouts, cauliflower, cabbage, turnips and watercress. Nutritionally speaking, Brassica vegetables are extremely valuable, as they possess high levels of vitamin C and soluble fiber required for health bodily functioning. More relevantly they contain a chemical known as Indole-3-glucosinolate (I3G) which when cooked is converted to Indole-3-carbinol (I3C), a compound that has extremely potent anti-cancer effects.2

As of today, there have been well over 100 peer-reviewed studies on Indole-3-carbinol that have demonstrated its ability to combat breast, endometrial, and cervical cancers as well as prostate and even respiratory tract cancers.3 Studies have gone on to highlight that women being treated with cancer drugs such as Tamoxifen needed less of the drug if they were supplementing with I3C.4 Not only this, but I3C delivered the same benefits as Tamoxifen whilst reducing negative side effects.5 There is also promise for those undergoing conventional therapies like chemotherapy from cancer, which is almost always too toxic for the body to handle and not nearly as effective as cancer patients have been led to believe. On top of this, many patients build up a resistance to the actual drugs that are being used, making them ineffective and even more potentially damaging to the body. The good news is that researchers in India have shown that I3C is able to actually reverse the resistance to chemotherapy drugs.6

Speeding up the process I3C is one of the few phytonutrients that has demonstrated its ability in speeding up both Phase I and Phase II detoxification in the liver, as well as improving the efficacy of the detoxification process itself. In fact, I3C works in a number of different ways. Its primary mechanism of action is by altering your hormonal ratios so your body produces more of the ‘good’ estrogen and less of the ‘bad’ kind.” It does this through the action of a detoxifying enzyme in the liver called cytochrome P450 1A1.7

Unlike Tamoxifen, I3C is also able to denature estradiol (an aggressive form of estrogen) into a much safer and weaker version further reinforcing its anti-carcinogenic activity. I3C also works by preventing estradiol from binding to estrogen receptor sites, thus precluding its ability to cause damage within breast-tissue cells. Additionally it is very effective at preventing dangerous toxins known as dioxins from causing damage to our DNA and is also capable of directly killing cancer cells and even reversing tumor growth.8 A study conducted at UCLA Berkeley clearly highlighted the phytonutrients astonishing efficacy, as I3C inhibited up to 90 percent of MCF7 breast cancer cells compared to Tamoxifen, which only achieved a 60 percent inhibition rate.9 The antioxidant properties of I3C are also so prominent that many researchers consider it a viable treatment for numerous other conditions such as multiple sclerosis, rheumatoid arthritis and lupus.

Another useful compound found in the Brassica family of plants is sulforaphane. Sulforaphane was first identified many years ago as one of the more important chemicals in cruciferous vegetables that provide many of their health benefits. Today it is known to assist in fighting breast cancer by targeting the stem cells that fuel a tumor’s growth. In addition it utilizes a mechanism involving HDACs (histone deacetylases) that are a family of enzymes that are able to interfere with the normal suppression of tumors. In this way, these two mechanisms work synergistically to create the overall anti-cancer effect of the compound. Studies too have corroborated this, and sulforaphane has been proven to inhibit breast cancer stem cells in vitro as well as in vivo.10 Found in highest concentrations in broccoli, this chemical is also a strong antioxidant and antiinflammatory.

Prevention as treatment for breats cancer
It is estimated that in 2013, out of roughly 300,000 new cases, 40,000 women will die from breast cancer in the United States alone.11 Such high figures make harsh a reality that exists for women today and yet at the same time underlines the sheer importance of putting into place key lifestyle changes in order to prevent succumbing to the disease. You are now well aware that a good place to start is by eating a diet rich in cruciferous vegetables. Failing this, women can also supplement the key phytochemicals found in these vegetables such as indole-3-carbinol and sulforaphane* in order to lower their breast-cancer risk.

Supplementing however is by no means a fully certified guarantee of health, but rather should be viewed as one of many ways to avoid disease. Other ways of improving your overall health include regular exercise, obtaining sufficient sleep as well as stress management techniques. These methods in addition to helping you stay cancer-free for the rest of your days will also assist in improving your well-being and the overall quality of your life and who wouldn’t want that?