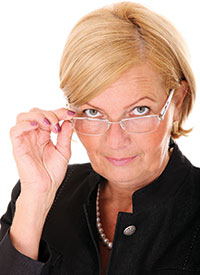 When I recently meditated upon the Dalai Lama’s words about the role of women today, his sentiments confirmed the vital contribution women have made to all areas of society since the advent of feminism. When I grew up in the 1950s, it was rare to find examples of women in positions of leadership. Whether on TV, in magazines, or on the silver screen, the images of women promoted by the media conformed to the notion of “the weaker sex” requiring the protection and support of a man. Today, however, we’ve come a long way from this “Betty Crocker” vision of women. As we all know, women are increasingly assuming leadership roles that had previously been reserved for men, from corporate America, politics, and the business sector to social activism, human rights, medicine and science. As women continue to make vital and powerful contributions to their chosen fields, however, this transition from male to female social influence must be better framed and understood.

In working with countless women, both in my private practice and in the seminars for women that I conduct, I found a disturbing element in their attitudes toward their positions of leadership. Many women believed it necessary to emulate male styles of leadership in order to be respected and to “get ahead.” In other words, women often assume it is essential to act competitively and aggressively at work in order to keep up with male colleagues who are socialized from birth to be fierce, competitive, and driven to do whatever success demands. Women, however, report feeling diminished in the process; they intuited that imitating this style of power engendered a loss of their true feminine nature. In this way, many women have suppressed their own innate feminine sensibilities, without comprehending their own intrinsic power or how it might be utilized to achieve success in the workplace.

While doing research for a book several years ago, which examined the respective leadership styles of men and women, I had the privilege of speaking with Gloria Steinem, the iconic feminist leader and William Simon, former Secretary of the Treasury. During the course of my research, I conducted interactive Eidetic Image Psychology experiments with men and women in high positions in government and in the corporate world. These experiments were developed by Dr. Akhter Ahsen, the leading theoretician in the field of mental imagery. By using these image-based exercises in an experimental study, I was able to probe beyond the rational conscious mind to reveal a subject’s hidden, innermost feelings, thoughts, and impulses. This is not the face we often show the world.

By the end of my study, I had discovered the natural leadership styles of men and women differ substantially. One of the exercises involved asking subjects to wave their hands for three minutes in a crisscross motion over an ordinary object lying on a table, while I repeated differing commands. The experiment was designed to uncover a person’s inner states of mind while being controlled. The purpose was not to study gender differences, however, what became evident was startling: men and women universally responded differently from one another based on their gender. Although hardly average, Gloria Steinem’s responses typified those of most women. I gave her a simple command to wave her hands in a criss-cross manner over a pen lying on her coffee table for a full three minutes as I repeated the instruction, “Do not grab it.” At no point did Gloria touch the pen, but she later revealed that this was because she simply didn’t feel compelled to do so. She also wondered whether others reacted the same way as she did. "I didn't feel any reason to grab it," she announced. Although it appeared that she was obeying my commands, in fact the opposite was true: she was following her own inner sense.

I next asked her to wave her hands over the pen again, but this time spent the three minutes exhorting her to grab it. She did so because it felt “natural.” Finally, I repeated a double-negative instruction, “Do not grab it. Do not think of your childhood.” Gloria broke both commands, revealing herself to be a rule breaker, whereas most men follow those commands obediently.

Gloria recalled being a child of six in a raggedy bathing suit with uncombed hair catching minnows. She felt excited and unselfconscious hunting for coins in the dark and cold water off a pier amidst giant, whiskered catfish. "It was adventurous and mysterious there," she told me. I interpreted the coins as symbolizing the wealth of potential she had inside of her, as well as her courage to discover new possibilities and pursue the unknown. In many ways, Gloria is symbolic of women—in the different way she responded in the test compared to how men typically do.

In contrast, William Simon, former United States Secretary of the Treasury responded in a way that was common to most of the males I studied. When he began waving his hands over an eraser on his office desk, he approached the experiment as if it were a competition, and began to strategize silently in his mind how to beat me. He later reported he was counting the number of times I repeated each command, in order to discern if there was a pattern to it for the sole purpose of winning whatever I might be doing with him. He was quite surprised to discover at the end of the experiment that there was nothing to win or to lose, but that the purpose of my commands was simply to reveal his internal mental states.

Whether it is based on ones’ gender biology or due to the culture’s socialization process, this research determined women today do tend to approach life situations with a unique mentality. Here are some of the gender differences that I discovered in the interactive experiment:

Men receive tremendous social pressure to perform in all areas of their lives. They’re rarely allowed to appear vulnerable or needy and are encouraged to suppress their sensitivities to assert control. This unfortunately results in a certain inflexible rigidity when responding to challenges. Although women traditionally have been deprived of power in our society, they have been freer to feel and be intuitive and sensitive. The connection to their inner sensibilities—from which rich impulses, thoughts, and visions emerge—remains more intact.

In this way, women’s innate response to life tends to be more inclusive, true to oneself, wholesome, natural and embracing of others.

In this broken world in which we find ourselves, in the midst of global wars, an environment that is at the brink of collapse, vast areas of famine and poverty, and the countless other problems we face, we need leaders who will break dysfunctional rules, bring truth into situations, remain open to new visions, and think of the whole and not only their own interests. This ultimately represents a paradigm shift in consciousness based upon inclusive love, rather than fear and competition, which is divisive. If women more readily inhabit these qualities, it is crucial for them to develop and follow their own innate styles of power. In doing so, they will emerge as the true leaders who are capable of bringing real change to the world.