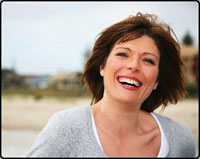 The American College of Pathology states that four out of five women who die of cervical cancer had not had a PAP smear in the previous five years. According to U.S. statistics, the highest incidence of cervical cancer and the highest death rates occur in women over the age of 55, a group that often stops having annual PAP tests. PAP smears save lives by discovering abnormal cells, called cervical dysplasia, early enough to prevent loss of life from cervical cancer. All adult women from the age of 18 should have an annual PAP test to ensure that their cervix is healthy. But what can be done when the test comes back abnormal?

We know the main risk factors that promote abnormal cervical cells include using the birth control pill, increasing age, infection with the Human Papilloma Virus—HPV (the virus that also causes warts), smoking, and nutritional deficiencies of folic acid, vitamin A and vitamin C.

We definitely do not want to ignore abnormal PAP test results. In North America, we grade our PAP tests based on this scale: a CINI, CINII, CINIII, or a CINIV. A CINIV is cancer. Most women are not treated until they have an invasive CINIII. Always ask what grade your test is. Too many women are advised that they have an abnormal test result, told to come back in six months for another test, but not given any suggestions for how to get their cervical cells to return to normal. Yes, sometimes abnormal cells return to normal with no treatment, but what if simply taking a nutritional supplement could ensure a normal PAP?

We know that HPV is implicated in a large majority of cervical dysplasia and cervical cancer cases. New research has shown that a nutrient called Indole-3-carbinol (I3C) can reverse abnormal cervical lesions before they have a chance to develop into cancer. In one of many studies 30 women with CINII and CINIII cervical lesions took 200mg of I3C daily for six months. Fifty percent in the treatment group had complete regression of their lesions, while none in the placebo group experienced any change in their lesions.

There are other nutrients that also help balance female hormones, protect us from abnormal cell growth and reduce our risk of breast cancer that I believe we should be taking everyday. These include:

Cervical dysplasia and cervical cancer can be prevented. Have your annual PAP smear and make sure your mom has hers as well. Too many women after menopause are not having annual tests. PAP tests save lives! Smart women also take their multivitamin with minerals everyday and include Indole-3carbinol and the nutrients mentioned above to reduce their risk of cancer and hormonal problems.